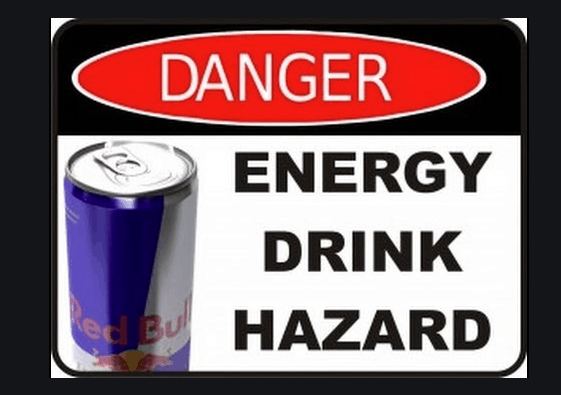 You know when you buy a six-pack of energy drinks that they’re not the healthiest beverage choice you could make, but you don’t exactly think an energy drink is deadly, right? That couldn’t be correct. Or is it? Can energy drinks kill you?

Energy drinks have killed those who overconsume caffeine in short periods, especially younger people. The large amount of caffeine in each energy drink can lead to deadly caffeine toxicity or cause heart arrythmias in some cases.

In this post, we’ll share several stories of deaths caused by the caffeine in energy drinks and discuss what happens when you overdose on caffeine. Keep reading!

Can Energy Drinks Kill You? The Harrowing Tales of Caffeine-Related Deaths

Although it doesn’t happen very often (thank goodness), enough deaths have been caused by over-caffeination from energy drinks that the issue cannot be ignored. Admittedly, it’s mostly teens who have died due to how recommendations on the daily safe amount of caffeine to consume is only outlined for adults, not adolescents. Here are several incident accounts.

In 2012, a Maryland teen named Anais Fournier, who was 14 at the time, had a heart attack brought on by caffeine toxicity. She had consumed Monster Energy, only two cans, before the fatal heart attack. Her family decided to sue Monster.

Here’s yet another upsetting and preventable death. In 2017, Chapin, South Carolina student Davis Cripe was in the middle of his art class when he collapsed. He was immediately transported to the hospital but died within the hour.

Do not miss our article: Are Energy Drinks Vegan?

Cripe had consumed a lot of caffeine, not just an energy drink (brand unspecified), but a huge Mountain Dew and a McDonald’s latte. He drank this all very quickly, in about two hours. The heart arrhythmia he suffered was induced by the caffeine according to the coroner’s report, although even Cripe’s family found that outcome debatable.

What Is Caffeine Toxicity?

The research is careful to mention that caffeinated beverages such as tea or coffee will not often cause caffeine toxicity but that energy drinks will. Further in the research, it’s reported that 3,702 potential caffeine overdoses were logged by the Poison Control Centers in 2016. The cases included both adults who thought they’d had too much caffeine as well as younger individuals. Most of the cases didn’t require hospitalization, but 846 of them did.

What Are the Symptoms of a Caffeine Overdose?

If you’re having a caffeine overdose, how will you know? It’s not always easy, especially if you’re frequently in a caffeinated state. You could mistake some symptoms for caffeine withdrawal, which is easy enough to do considering the shared symptoms.

During a caffeine overdose, you might experience irritability and mood changes, fever, headache, insomnia, intense thirst, diarrhea, and dizziness. A caffeine withdrawal will produce mood changes, headache, and insomnia, so you can see where the confusion lies.

Those caffeine overdose symptoms are for less severe cases, by the way. If you have a lot of caffeine at once or you’re a younger individual who drinks too much caffeine, the symptoms may be more severe. Convulsions could happen, as can muscle movements you can’t control, very fast heart rate, chest pain, confusion, hallucinations, vomiting, and breathing issues.

If you’re also in shock and your breathing has become very fast, you need to go to the hospital immediately for urgent medical treatment. Most doctors will offer activated charcoal to keep the caffeine from reaching your gastrointestinal tract.

The doctor will also hook you up to an EKG to track your heart rate and you could be given oxygen if you’re having breathing troubles.

Should You Quit Energy Drinks?

If you’ve read to this point and you’re wondering whether you should quit energy drinks, we would say yes, absolutely. Although adults are less likely to have caffeine overdoses than adolescents, you still can’t discount that caffeine can kill you.

As if that isn’t bad enough, here are some more very convincing reasons to steer clear of energy drinks:

Energy drinks seem like a smart choice in the moment when you need more focus and concentration. The crash you experience about an hour later will leave you reaching for another can, as may the addictive qualities of the caffeine and sugar within.

Although energy drinks might seem innocuous, don’t be fooled. Younger adults have died from caffeine toxicity. Non-fatally, energy drinks can contribute to weight gain, high blood pressure, kidney stones, and insomnia. This is one habit that’s good to kick right away.