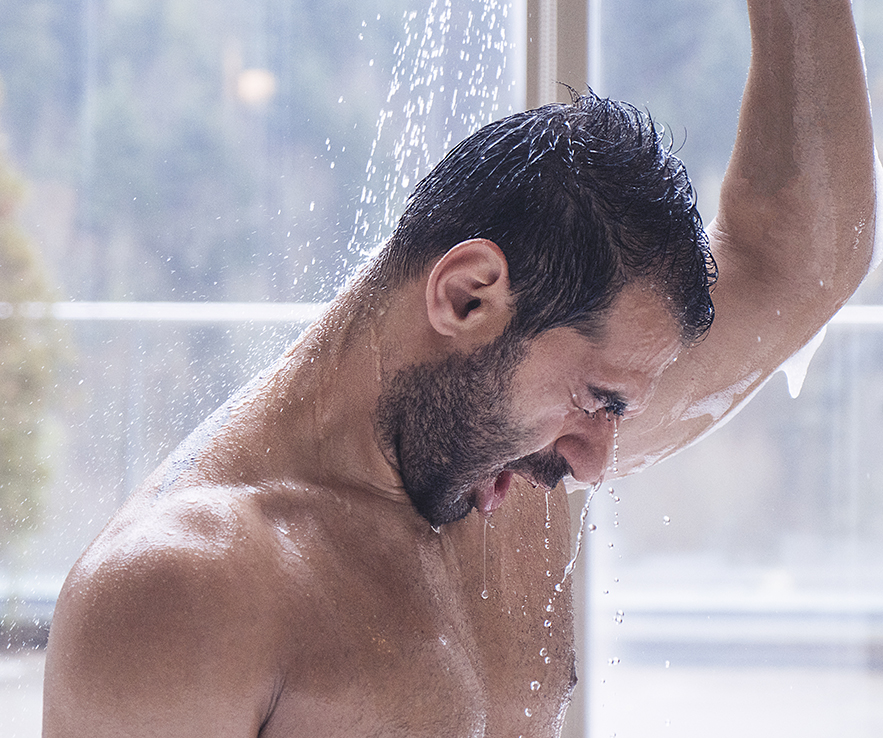 You’ve tried a lot of things over the years for higher metabolism, including eating spicy foods, drinking oolong tea, increasing the intensity of your workouts, and gulping down lots of cold water. When you first heard of taking a cold shower for higher metabolism, you were dubious but still intrigued. Could this really work?

Cold showers can boost your metabolism by activating brown fat, which helps to increase your body temperature and burn calories. So too does the shivering and shaking you do when exposed to the cold water, which causes shivering thermogenesis. This process creates heat that makes your metabolism go up.

In this article, we’ll explain more about shivering thermogenesis as well as the importance of brown fat. We’ll also discuss the number of calories you may be burn while taking a cold shower. Keep reading!

How Does a Cold Shower Boost Your Metabolism?

As we mentioned in the intro, enduring a cold shower can increase your metabolism in two ways: through activating your body’s brown fat and triggering shivering thermogenesis. Let’s talk more about these now.

Your body is composed of three types of fat: beige, brown, and white fat. Beige fat, also known as brite fat, is like brown fat-lite. The presence of beige fat can activate fat burning, but maybe not to quite the same degree as brown fat. Also, some of the ways you activate beige fat are different. Cold exposure will do the trick, but so can exercise and stress.

White fat is just another word for body fat. The reason it’s called white fat is due to the white cells that comprise it. Most white fat collects in the thighs, buttocks, arms, and stomach. Unlike beige fat, white fat isn’t burned, just held onto.

You want between 21 and 31 percent white fat on average as a woman and 14 to 21 percent as a man. Having more white fat than that puts you at risk of a whole host of health conditions. These include cancer, liver disease, kidney disease, stroke, high blood pressure, coronary artery disease, hormonal imbalances, and type 2 diabetes.

That brings us to brown fat. The purpose of brown fat is to act as an insulator, primarily by breaking down fat molecules and glucose. This keeps your body warm in cold conditions, such as when taking an icy shower.

Unlike white fat, which adults have plenty of, we lose our brown fat as we get older. It was once believed that adults have no brown fat at their age. That’s since been disproven, with brown fat in adults located in the shoulders and the neck. Babies are born with far more brown fat, but adults have at least some.

The reason experts recommend ingesting capsaicin and other spicy foods is that the heat can boost metabolism. The heat that brown fat generates in the body is comparable to consuming a spicy meal. As brown fat burns calories as well, that’s another way it benefits your metabolism.

A 2009 study in the New England Journal of Medicine about brown adipose tissue, another name for brown fat, compared the quantities of this fat in men at a healthy weight and those who are overweight or obese. The researchers had 24 participants in all, 14 overweight and obese men and 10 at a lower weight. All the participants were exposed to temperatures of 60 to 70 degrees Fahrenheit.

The researchers next measured the amount of brown fat the participants had both before and after the cold exposure. Nearly every participant except for one had more brown fat activity after spending time in the cold; that’s a rate of 96 percent. The same was not true when temperatures were warmer.

Although the overweight participants did activate their brown fat, the brown fat activity rate was lower for them and lower still for some of the obese participants. This led the researchers to conclude that body fat percentage and BMI can impact your quantities of brown fat.

Is It Good to Have Cold Showers Every Day?

How Long Should a Cold Shower Last?

When you’re outside on a cold winter’s day, you start shivering after a few minutes, right? The same is true if you crank the cold knob on your shower. In moments, you’ll start shaking, maybe your teeth will even chatter.

Shivering occurs when our muscles become tight and then relax, going from one state to the other very quickly. By working the muscles this way, your body hopes you’ll get warmer. Like many things our bodies do, shivering is involuntary.

This heat, like with activating your brown fat, can also increase your metabolism. That said, experts believe that brown fat is more advantageous for burning calories when you’re cold.

How Many Calories Do You Burn When Taking a Cold Shower?

You’d love to start burning calories simply by switching the water temperature in your daily shower. How many calories can you expect to torch this way? We’ve written about this on the blog before, but here’s a recap.

If you take a 5-minute cold shower, you may burn up to 75 calories. By increasing the time spent in the shower to 8 or 9 minutes, you’re torching around 150 calories. That’s more than what you get by staying comfortable with a warm shower. After 15 minutes in hot or warm water, your body burns only 62 calories.

Can a Cold Shower Be Used as a Weight Loss Measure?

This information is all very interesting to you, as you wonder if you can start taking daily cold showers for 15 or 20 minutes to lose weight. We would advise you not to try this for several reasons.

First of all, do you know how long a 15-minute shower is when you’re uncomfortable? It can feel like eons. You’re showering in 60-something-degree water, and that’s very cold. You’ll try to breeze through your shower so you can get out.

Also, showering for that long wastes a lot of water.

Lastly, and most importantly, torching 150 calories a day is not enough. To lose weight, you must burn more calories than what you ingest, so taking a cold shower alone can’t achieve that. You have to stick to a diet and exercise regimen, especially if you’re overweight or obese. A cold shower a couple of times a week can help accelerate your weight loss, but it can’t be your only means of weight loss.

Taking a cold shower can increase your metabolism by activating fat-burning brown fat for insulation as well as shivering thermogenesis. This involuntary response to the cold generates body warmth for more calories burned during your shower.

Although taking a cold shower alone won’t lead to significant weight loss, it can still help you achieve the results you’re striving for!