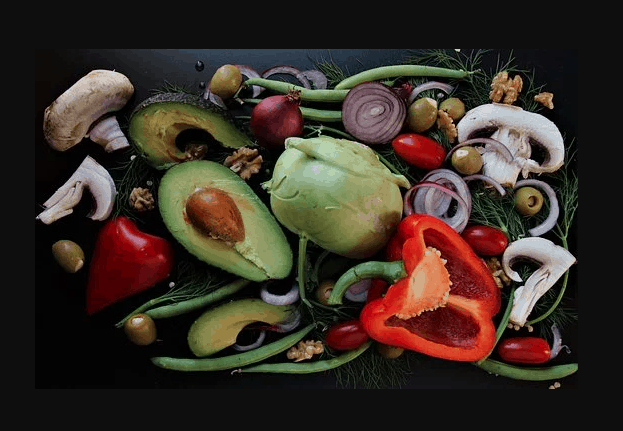 Your eating habits could definitely use some work, as you think they’re primarily what has led to your weight gain. You don’t care what you have to give up to lose weight, just as long as the pounds come off. To that end, you’re considering veganism or the ketogenic diet. Which diet will help you lose more weight?

Both the keto and vegan diets can lead to weight loss, and you might even achieve the most pounds lost by combining the diets. Whichever diet you choose, to keep the weight off, make sure you can eat this way for the long-term.

In today’s post, we’ll explain the ketogenic diet as well as veganism in more detail. We’ll also talk more about the weight loss results you can expect on both diets so you can choose the one that’s right for you. You’re not going to want to miss it!

What Is the Keto Diet?

As we talked about in another recent post, the keto diet (or the ketogenic diet) is one in which you boost the amount of fats you eat while decreasing carbohydrates and consuming a moderate amount of protein.

The fat sources you choose matter on keto, as you want rich fat such as that which you can get from avocados or dairy and not the fat found in candy. You’re actually supposed to cut sugar on the keto diet as much as you can.

The purpose of the keto diet is to make your body burn fat instead of glucose. The simple sugar known as glucose is converted to glycogen upon consumption and then stored in your liver. Glucose is especially prevalent in carbs as well as sugar.

By limiting carbs, you force your body to go through its supply of glycogen without adding much more. This eventually causes you to use up your entire supply of glycogen. Since you can’t go without energy, your body begins using fat as your main energy source instead. This change in metabolism is called ketosis.

Besides losing weight through ketosis, since you’re eating rich sources of fat, the keto diet should also promote more satiety so you can go longer between meals or snacks.

What Is the Vegan Diet?

The vegan diet is one in which you restrict any animal products and byproducts, including meat, poultry, seafood, shellfish, fish, honey, eggs, and dairy. Rather than go without these foods entirely, you can substitute vegan-friendly alternatives that are plant-based.

Foods that are acceptable as part of the vegan diet include nuts, seeds, fruits, and vegetables. Some vegans are ultra-choosy about what they eat, avoiding foods that may have animal byproducts. For example, cochineal is an insect-derived food coloring that can appear in all sorts of foods, even some that are technically vegan-friendly.

Isinglass comes from fish bladders, and gelatin is produced from animal bones. These foods are also off-limits for this brand of vegans.

Which Diet Helps You Lose More Weight? Keto vs. Veganism

Now that you know more about the vegan and keto diets, which one is the better diet for weight loss? Let’s look to the data to see what’s been said about the weight loss potential for these diets.

This 2003 report in the International Journal of Obesity and Related Metabolic Disorders involved a study that compared the BMI of vegans, vegetarians, fish-eaters, and meat-eaters against each other. The study involved 37,875 people between the ages of 20 and 97 years old.

As the study wrapped, all groups except for meat-eaters had lower BMIs, with vegans among the lowest.

Another study, this time from Nutrition & Diabetes published in 2017, followed plant-based and non-plant-based eaters over six months in New Zealand. All participants were 35 to 70 years old and had conditions such as hypercholesterolemia, hypertension, ischemic heart disease, type 2 diabetes, or obesity.

Six months in, the ones following a whole-foods, plant-based diet lost more weight than those not on that diet. They reduced their cholesterol as well.

What about the weight loss potential of the keto diet? A 2014 report published by the International Journal of Environmental Research and Public Health examined how much weight rats would lose when on a keto diet.

The study lasted 22 weeks. The rats were most likely to lose weight as the diet began, but couldn’t sustain it for that long. That correlates to what this 2009 report from The New England Journal of Medicine said. According to that report, within six months of following a low-carb diet, the participants weren’t in ketosis anymore.

This doesn’t mean veganism can lead to more weight loss than ketosis. The keto diet can indeed be a useful means of losing weight as well. Veganism, if you venture too far from plant-based territory, can be just as unhealthy a diet as a meat-based one in some instances. It’s all about the food choices you make!

Remember also that diet isn’t everything. By combining a nutritious, balanced diet with regular physical activity, you might be able to record more weight loss.

If you’re trying to lose weight, both the ketogenic diet and the vegan diet are good ones to try. On a keto diet, you reduce carbs, increase fat, and maintain some protein. The vegan diet omits dairy, meat, eggs, and other animal products and byproducts, so it’s pretty strict.

Since weight loss is not an overnight process no matter your diet, you want to make sure the diet you select is one you can maintain for weeks, even months. If you feel like you won’t be able to go that long without cheese or carbs, then it’s better to choose a diet that works for your lifestyle. That will make it easier for you to stick with the diet so you can achieve the results you want. Best of luck!