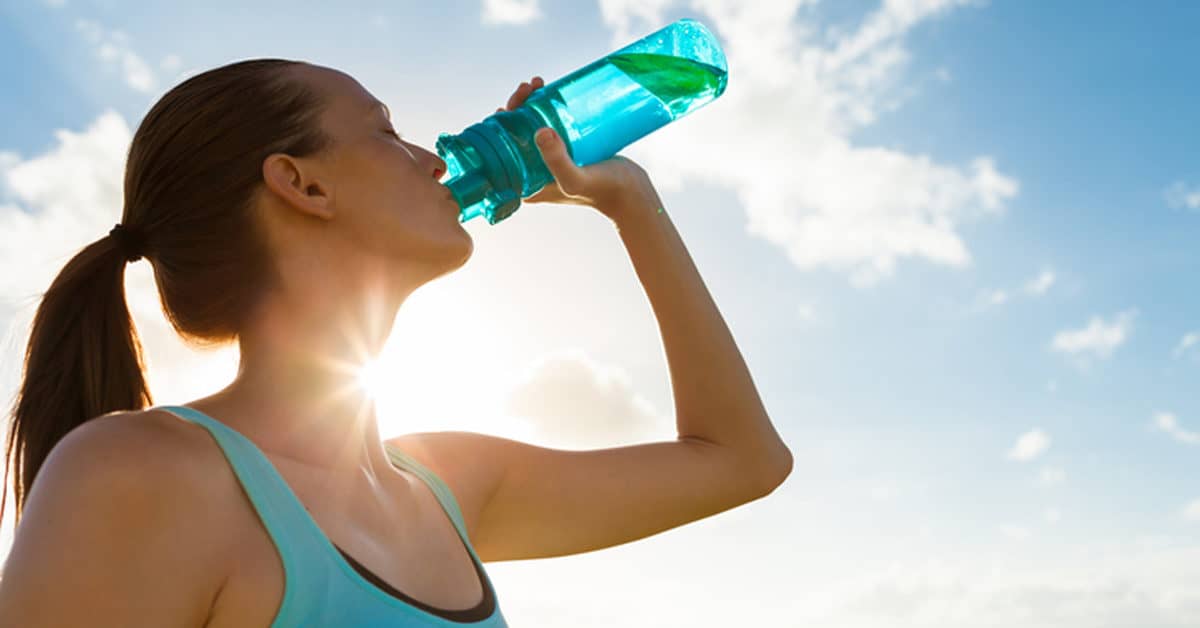 Today has just been one of those days where you have no energy but so much to do, so you had an energy drink. It worked, at least for a little while, then you felt tired again, so you drank another, then another and another. Now you’re feeling very jittery and your heart is beating way too fast and loud. You’d like to flush the energy drink out of your system, but how?

It’s not the energy drink itself you want to flush out, but the caffeine in it. You can’t really flush caffeine, but it doesn’t hurt to drink lots of water, try an L-theanine supplement, and eat a meal with fiber so the caffeine is released more slowly.

The effects caffeine has on the body can be scary, especially in excess. Take a deep breath and keep reading for more information on how to calm your body after overdoing it on the caffeine.

How Do You Know If You’ve Had Too Much Caffeine?

If you’ve drunk around 400 milligrams of caffeine today or more than that, then it’s likely too much. For some people, their tolerance is even lower. If you’re a pregnant woman, you should halve that caffeine intake to no more than 200 milligrams for the health of your baby.

Maybe you haven’t been tracking how much caffeine you’ve drunk as you don’t look at the nutritional label of your energy drink. You’ll know you’ve overdone it by the symptoms that can accompany excess caffeine intake. You might vomit, notice that your muscles move and twitch uncontrollably, and have issues breathing. Your heartbeat will be faster or irregular, you might have chest pain, and in some instances, you could develop a fever.

How Do You Flush Caffeine from Your System?

The unfortunate reality is you can’t flush caffeine, but it will flush itself eventually. That doesn’t mean you have to sit around and do nothing but suffer jitters and listen to the sound of your heart hammering in your ears. Here are some methods you can try to push the caffeine along.

Considering that high levels of caffeine intake can dehydrate you, it’s a good idea to drink water regardless. Some experts believe water consumption will reduce the caffeine-related jitters you may have, but more research is needed to confirm that.

If ingesting lots of caffeine isn’t a part of your regular day-to-day life, then all the water could take on the effect of a diuretic, causing you to urinate and even defecate more often to remove the caffeine that way.

Use an L-Theanine Supplement

We discussed L-theanine in our post about beverages to consume instead of energy drinks. It’s an amino acid naturally found in green tea. This 2017 article in Psychology Today states that L-theanine can lessen anxiety, citing several studies on the effects of the amino acid.

By boosting GABA synthesis and affecting alpha brain waves, L-theanine soothes your nerves. GABA is short for gamma-aminobutyric acid, a brain neurotransmitter that also happens to be an amino acid.

When your muscles spasm of their own accord and your heart won’t stop pounding, it’s natural to feel anxious about it. L-theanine could help ground you emotionally so waiting it out while the caffeine passes through your system isn’t so uncomfortable. We would not suggest you drink green tea for L-theanine, as you don’t need more caffeine right now. Instead, take L-theanine as a supplement if your primary care physician gives you the green light to do so.

The effects of caffeine that you’ve experienced all occur when the caffeine reaches the bloodstream. By reducing how much caffeine is in the blood all at once, its effects may be reduced. To do that, you should eat foods with lots of fiber. Your options include seeds, nuts, vegetables with lots of starch (like potatoes), lentils, beans, and whole grains.

How Long Does Caffeine Last in the Body?

What is the trajectory of caffeine when it enters your body? We discussed this in another recent post on the blog, but it’s worth revisiting here.

We’ll use an average can of Red Bull as an example. A can of the Original variety has 27.5 grams of sugar and 80 milligrams of caffeine per a 250-milliliter serving. By the time you’re polishing off that can, within 10 minutes, the caffeine has reached your bloodstream. You’ll know when it happens because your blood pressure and heart rate will go up, the latter of which is noticeable.

Within 15 minutes, the caffeine levels are at their highest in the blood. This can sometimes take 45 minutes depending on how often you consume caffeine. Now the positive effects of an energy drink kick in, such as more alertness and better concentration.

About 30 minutes in, your bloodstream absorbs most of the caffeine, sometimes 50 minutes in. This doesn’t mean the caffeine is gone, by the way. Then, within an hour, with less caffeine in the blood, you’ll have a crash. If there’s a time you’re more likely to reach for a second can of energy drink, this would be it. That would reset the above process, starting it over.

Caffeine’s half-life is roughly 6 hours, so at that point, half the caffeine in the blood is gone. By 12 hours after you had that first energy drink, all the caffeine is gone. At this point, if you’re a regular caffeinator, you could have withdrawal with mood changes and headaches.

You’d have to drink caffeine daily for a week to 12 days to adjust to the point where you experience less of the highs and lows associated with caffeine consumption.

When trying to flush an energy drink out of your system, you really want to flush the caffeine. You can’t do that though, as caffeine has to leave your body naturally. This takes 12 hours to happen in full, but you can reduce the effects of caffeine by drinking water and taking an L-theanine supplement. Best of luck!