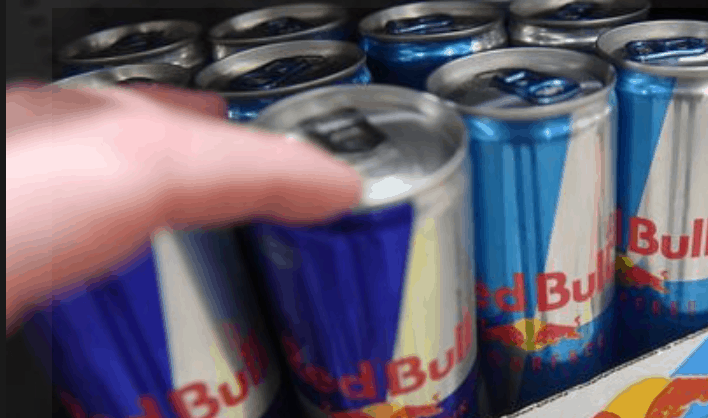 Since 1987, Red Bull energy drinks have flown off store shelves. Of all the energy drink brands out there, Red Bull’s market share is the highest. In 2019 alone, Red Bull sold 7.5 billion cans of its energy drink, proving people still can’t get enough. You’re one of them. As someone about to embark on a vegan diet for the first time, does that mean quitting Red Bull?

Red Bull, like many energy drinks, does contain taurine, but the ingredient is formulated for vegans and vegetarians alike. That makes most flavors of Red Bull vegan-friendly unless you’re apprehensive about ingesting artificial colors.

Ahead, we’ll take a closer look at the ingredients in Red Bull so you can see why the original energy drink is safe for vegans. We’ll also delve into other Red Bull flavors so you can make smart beverage choices as a new vegan. Keep reading!

Which Ingredients in Classic Red Bull Make It Vegan-Friendly?

Although you maybe wouldn’t have thought it, Red Bull does indeed stay within the safe parameters of a vegan diet. Here’s what’s in an average can of the Original variety.

You know how an energy drink is salty-sweet, especially Red Bull, right? Part of that flavor profile is likely attributable to the inclusion of magnesium carbonate. This inorganic salt has a white appearance like flour. Magnesium carbonate is not disruptive to a vegan diet.

You should be quite familiar with baking soda or sodium bicarbonate. By combining baking soda with an acid agent, you get the chemical reaction that leads to the production of carbon dioxide. This is what makes your energy drink sparkle and fizz.

Carbonated Water in a Buffer

Buffered carbonated water undergoes a buffer solution with a conjugate base and an acid, typically a weak one. Through buffering, the pH of the water changes. Despite this process, and despite that it’s carbonated, this is still water, so it’s calorie-free and has no animal products or byproducts.

The simple sugars in a can of original Red Bull are glucose and sucrose and sometimes aspartame as well. Some sugars use bone char in production, which would make them not vegan to some. Considering Red Bull themselves calls their Original energy drink vegan on their website, we’ll assume they use vegan-friendly sugars.

Yes, that’s right, you can get B vitamins in a can of Red Bull. These include vitamin B3, vitamin B5, vitamin B6, and vitamin B12. Vitamin B3 or niacin could give your brain functioning a boost and even reduce cholesterol through regular consumption. Pantothenic acid or vitamin B5 promotes digestive tract health as well as the health of your liver, nervous system, eyes, hair, and skin.

Vitamin B6 also bolsters brain health while helping your body better convert the foods you eat into usable energy. As for vitamin B12, it benefits your blood cells and nerves as well as encourages the production of DNA on a cellular level. It was once only available in animal products, but today, vitamin B12 comes from nutritional yeast and soymilk.

Of all the ingredients in energy drinks that dictate whether it’s okay for vegans, taurine is one of the big ones. This organic molecule sourced from fish and mammals makes it dicey to consume if you don’t know where it comes from. Besides its animal sources, taurine can also be produced from plant sources. In that instance, vegans can safely ingest taurine.

According to this piece on ThoughtCo., the prevailing myth at one point was that Red Bull used bull semen to get taurine for its energy drinks. Not only would this have made Red Bull non-vegan, but that’d be kind of gross.

Fortunately, the rumor turned out not to be true. ThoughtCo. mentions that Red Bull makes their taurine in a lab without animal products.

Are you feeling energetic after downing an energy drink? You have caffeine to thank for that. This stimulant is also found in cola and coffee. Although the energy boost is nice, you tend to crash once your caffeine high wears off, sagging your energy even worse than before you consumed the caffeine. You also have to be careful considering caffeine’s addictive nature.

What about Other Flavors of Red Bull? Are They Vegan-Safe Too?

Perhaps you prefer other Red Bull varieties over the original. Can you drink those too on your vegan diet? Let’s take a closer look.

The Organics by Red Bull line is a great one for vegans, as this beverage is wheat-free, dairy-free, and GMO-free with all organic ingredients. Granted, it’s a soda instead of an energy drink, but the effects are the same. Red Bull even produces the drink in recyclable cans.

Red Bull Sugar-Free exchanges simple sugars for acesulfame K and aspartame, both of which are vegan-safe. The other ingredients are pretty much identical to the original variety of Red Bull.

Niacinamide is sourced from vitamin B12, so it should be okay for vegans. As for glycerol ester of wood rosin, this is an ester gum that’s typically made from a plant source in beverages and foods.

The only areas of concern are the artificial colors if you deem ingesting them non-vegan. Artificial flavors can raise an eyebrow too, as Red Bull doesn’t specify too much what those flavors are.

Red Bull lovers, rejoice. If you enjoy the Original variety of this energy drink, you can continue consuming it on your vegan diet. The sugar-free flavor is safe too. Do keep in mind though that if you don’t consume artificial colors as a vegan, then Red Bull would be off-limits.