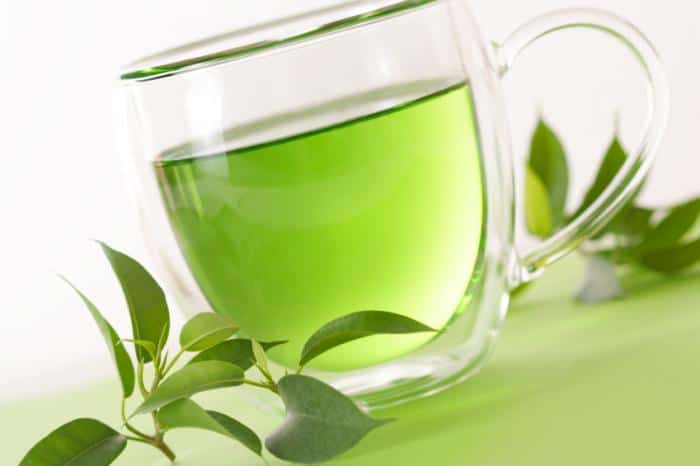 You like the quick boost of alertness you get from an energy drink, but you despise the crash. Perhaps you’re trying to cut down on your caffeine or you simply don’t like the taste of energy beverages, so you’d like to try something else. What are your options for more energy without relying on energy drinks?

To increase your energy throughout the day, try drinking the following beverages:

Keep reading for more on each of these beverages, including how they’ll get your energy levels soaring. If you’re trying to quit energy drinks, then you’re not going to want to miss this article!

Now, we know what you’re thinking. How can water possibly be on this list? Water doesn’t have caffeine, so it’s not raising your energy that way. It also lacks sugar, so you’re not getting an artificial boost through the sweet stuff. So what gives?

The average energy drink contains a single 8-ounce cup of water, which is far too little. You’re supposed to consume 8 cups of water a day, each cup 8 ounces, which would require you to ingest 8 energy drinks! No one’s telling you to do that, trust us. The amount of caffeine you’d inundate yourself with would be very unhealthy.

When you consume water so sparingly, such as when having an energy drink, you’re increasing your risk of dehydration. Besides feeling thirsty, dehydration can also make you tired since your brain isn’t getting as much oxygen. Given that there’s less of it to go around, as your heart pumps that oxygen, it strains more.

Once you hydrate yourself through water, you’ll bounce back with some naturally-sourced energy. Try it!

If you’ve ever inspected the label of your favorite energy drink, then you’ve probably seen yerba mate on the list of ingredients, but what is this? Yerba mate is a type of plant that hails from South America. The scientific name for yerba mate is Ilex paraguariensis.

Yerba mate has many, many benefits. In this 2009 report in the Journal of Agricultural and Food Chemistry, a study involving 102 participants each consumed 330 milliliters or 11 ounces of yerba mate over 40 days. They were able to reduce their LDL cholesterol by anywhere from 8.6 percent to 13.1 percent.

Further, yerba mate could also lower blood sugar, bolster the immune system, and even control your appetite, at least according to animal studies like this one from Laboratory Animal Research. What about your energy?

A cup of steeped yerba mate leaves has 85 milligrams of caffeine, which is slightly less than what you’ll find in an average cup of coffee (95 to 100 milligrams of caffeine). We discussed in our last article about how energy drinks energize you on what caffeine does to the body. It temporarily prevents adenosine, a chemical, from making you tired while triggering your fight or flight response.

This 2008 report in the journal Nutrition Bulletin discusses a variety of studies in which human participants all consumed yerba mate. They drank varying amounts of caffeine, between 37.5 and 450 milligrams. The participants reported faster reaction times, better short-term recall, and more alertness.

Another tea you can make when you feel like you’re dragging through your day is green tea. Sourced from the Camelia sinensis plant like many other teas, the tea leaves go through moderate oxidation and withering to get that distinct green hue.

When you sip on green tea, a 230-milliliter or 8-ounce serving has up to 50 milligrams of caffeine. That’s about half the caffeine content in an average cup of coffee. If you’re trying to cut back on your caffeine, green tea is a smart beverage to start incorporating in your daily routine.

Since it does have caffeine in it, the same fight or flight reaction and adenosine-blocking properties found in yerba mate apply to green tea as well. Yet a second way that green tea can energize you is through the presence of L-theanine.

This amino acid can reach your blood-brain barrier, moderating dopamine and serotonin so you feel less anxious. As it alters the activity of your brain waves, L-theanine may also improve your selective attention and cognition, especially when taken as a supplement.

Further, L-theanine can prevent your body from absorbing caffeine so quickly, which may retain its effects longer. It typically takes about an hour to absorb caffeine, although it stays in your system for about 11 hours more.

You shouldn’t be surprised to see coffee on this list, as it’s what most people rely on to get them out of bed and motoring through their morning. Although it can vary depending on the type of coffee you like and whether you make yours at home or buy it at Starbucks, coffee tends to contain about 100 milligrams of caffeine per cup, as we’ve said.

Energy drinks may have upwards of 300 milligrams of caffeine in a can. Considering you’re supposed to limit your caffeine intake to 400 milligrams a day, it doesn’t take many energy drinks to cross that threshold. Coffee is a better alternative by far.

Besides giving you more energy, coffee also delivers other health benefits. According to this 2011 publication of the American Journal of Epidemiology, you could reduce your stroke risk by as much as 20 percent if you drink coffee regularly. To come to that conclusion, the journal combed through research that went all the way back to 1966.

You could even reduce your cancer risk, including colorectal cancer and liver cancer. If you’re prone to depression, drinking coffee can help there too. JAMA Internal Medicine data, also from 2011, reports on a study involving thousands of female coffee drinkers. The ones who drank four cups of coffee at least every day were found to have a decreased depression risk by as much as 20 percent.

Energy drinks can work in a pinch, but all that sugar and caffeine aren’t super healthy. The next time you want a lower-caffeine alternative that will still give you energy, drink water, yerba mate, green tea, or coffee. Best of luck!