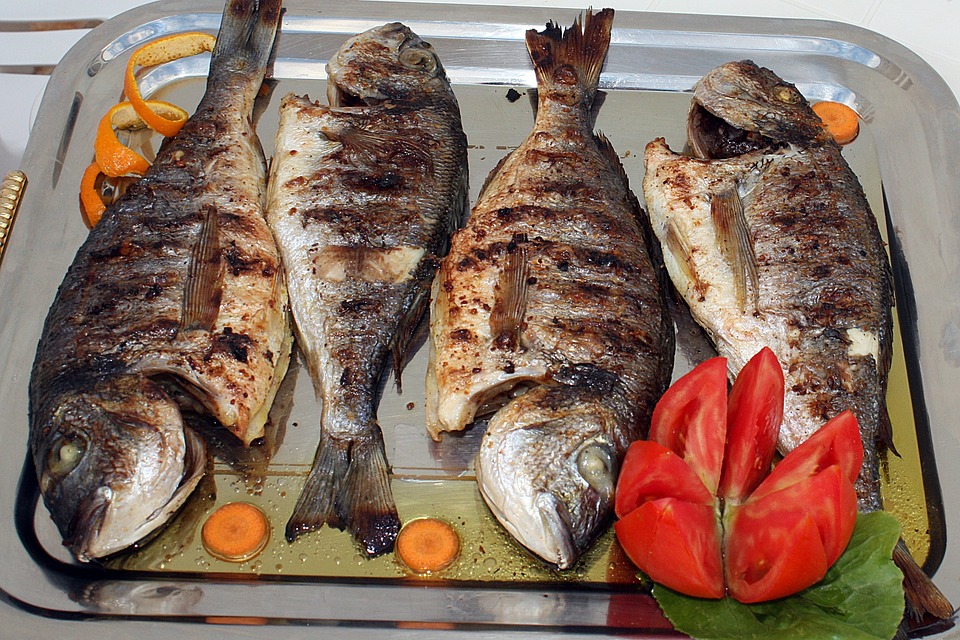 A person on a vegan diet is supposed to refrain from the consumption of animal products and byproducts, including poultry, meat, fish, and seafood. Yet you’ve heard there are some vegans out there who eat fish. What are these vegans called and why do they incorporate fish into their diets?

Vegans who eat fish are known as pescatarians. Their rule is that they won’t consume meat but will eat fish. Vegans may consume fish because it can be a great source of omega-3 fatty acids and can in some instances even safeguard against disease.

In today’s article, we’ll explain more on pescatarians and delve into which vegans eat fish and why. If you’re a vegan who’s considering consuming fish from time to time, then you’re not going to want to miss this one.

To reiterate, the vegan diet should omit dairy, honey, eggs, meat, poultry, seafood, and fish. Some vegans cut out everything else but consume fish. These vegans can be referred to as pescatarians.

The word pescatarian comes from two terms: vegetarian and “pesce,” which translates to fish in Italian. The term came into being in the 1990s, which means before then, there was no official name for these fish-eating vegans.

Some experts don’t consider pescatarians true vegans, but rather, vegetarians. Technically, that would be true, especially considering that pescatarians also tend to include eggs and dairy as part of their diets. Still, given the nature of the name, a pescatarian is largely understood to be someone who eats fish but not meat.

What about seafood? Is that something pescatarians eat as well? Yes indeed, it is, and the same goes for shellfish such as mollusks. Other pillars of the pescatarian diet include vegetables, fruits, seeds, and nuts. In that regard, the pescatarian diet isn’t all that different from veganism besides the allowance for fish and seafood.

Do Some Vegans Eat Fish?

Yes, some vegans do indeed branch off from traditional veganism and reincorporate fish and seafood back into their diets. They may do this for a multitude of reasons that we’ll now discuss.

The Difficulty of Following the Vegan Diet

The vegan diet is quite regimented with little room for error. Rather than just omitting meat and poultry from your diet like a vegetarian does, you have to cut out dairy, eggs, honey, fish, seafood, and all other animal products and byproducts. This isn’t a gradual thing either, but something you do all at once.

You might find yourself missing some of the food you’ve had to give up even if veganism does offer many satisfying substitutes. For instance, we just wrote about how portobello mushrooms can be exchanged for meat, like as a burger patty or even a nice, juicy steak.

However, for some people, these substitutes aren’t the same. They begin wishing they could eat the foods they long for, and sooner or later, they do.

Feelings of Isolation from Friends or Loved Ones

Another reason a person may get lenient with their vegan diet is that they’re tired of the isolation that veganism can bring. Not being able to eat the same things as your friends and family when you cook together at home or go out to a restaurant can be a driving force in making vegans quit their diet. This is something we’ve discussed on the blog before.

To remove these feelings of isolation, vegans might make certain dietary concessions, like allowing for seafood, shellfish, and fish in their diet.

We’ll discuss this in the next section, but fish and seafood is generally very healthy. We say generally because if you douse seafood in butter or cover fish in batter and then deep-fry it, you lose those nutritional perks.

Deficiencies in Their Diet

The last reason a vegan might have to add fish and seafood into their diet is because their doctor told them to. Vegans could develop vitamin B12 deficiencies as eggs, dairy, meat, and fish all contain vitamin B12.

Why Do Vegans Eat Fish? The Benefits of Fish in Your Diet

As we said we would, let’s circle back around to the health benefits of fish, because there are quite a lot of them!

Macular degeneration can develop from an older age, eventually leading to blindness or impairments to vision. According to a 2011 publication of the Archives of Ophthalmology, women who ate fish were less likely to develop age-related macular degeneration by up to 42 percent.

Type 1 diabetes is considered an autoimmune disease, as the condition causes the immune system to change how it reacts to otherwise healthy tissue. Between the vitamin D and omega-3 fatty acids in fish, the American Journal of Clinical Nutrition and many other studies have concluded that adults may be less likely to develop autoimmune diabetes by consuming fish. Fish oil may also have the same benefits.

Omega-3 fatty acids are beneficial in another way, and that’s in preventing depression. This 2014 report from the journal Oxidative Medicine and Cellular Longevity states that by making fish a big part of your diet, you might ward off the symptoms of depression.

Even if you already do have depression, the omega-3s in fish make antidepressants work better, notes the Journal of Clinical Psychiatry in this 2007 study.

Vegans are not supposed to eat fish, shellfish, or seafood, but some do. These people are referred to as pescatarians, or those who consume fish but not meat. Whether you decided to re-add fish to your diet because you miss it, you have a nutrient deficiency, or you want to eat more like your friends and family, fish is always a healthful, nutritious meal choice!