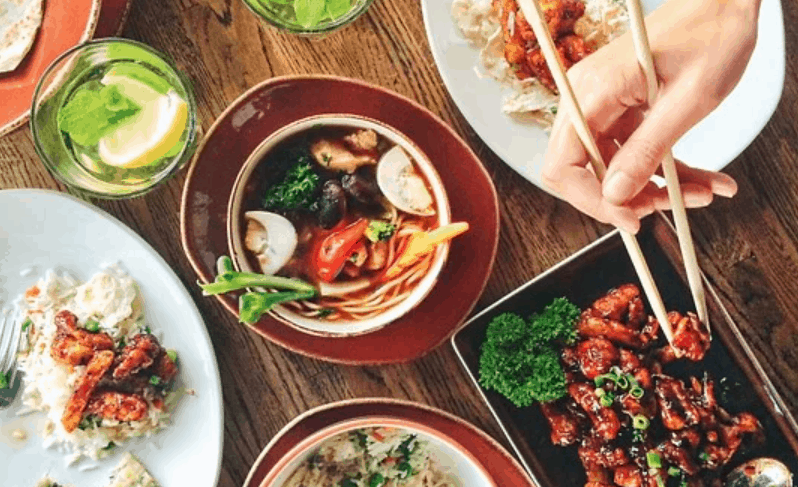 You’ve recently started a vegetarian diet and you want to travel to China. Will you be able to find any vegetarian restaurants to eat at or foods to buy at the grocery store? What percentage of Chinese are vegetarian?

In China, only a small percent of their population follows a vegetarian diet, 3.6 percent as of 2019. That does translate to 50 million people, but do remember that China is the most populous country in the world with billions of residents.

Keep reading to learn more about the primary diet in China, its current population, as well as those who are vegetarian and vegan. Whether you’ve just moved to China or you’re only visiting, as a vegetarian, you won’t want to miss this article!

What Is the Primary Diet in China?

According to traditional medicine, the Chinese believe strongly in the five elements, which are water, metal, earth, fire, and wood. Per these elements, there’s a flavor that corresponds. Those flavors are salty, hot, sweet, bitter, and sour.

The Chinese diet also calls for a yin and yang, or a combination of crisp, dry foods with moist, wet ones.

Knowing what you do about the Chinese diet, let’s take a closer look at some of the foods and their health value.

This 2016 Journal of Zhejiang University SCIENCE B report is what mentioned aquatic food as part of the Chinese diet, which we take to be another way of saying seafood. That same report states that shrimp and fish are commonly consumed in China.

Both types of seafood are quite healthful, but it does depend on the type of fish you like to eat. Some fish contain more mercury than others, including bigeye tuna, ahi tuna, tilefish, swordfish, shark, orange roughy, marlin, and king mackerel. These fish should be enjoyed sparingly.

Meat and/or poultry does tend to make an appearance in many Chinese dishes, but in smaller quantities than what you’d expect in the United States. Most meat will be flavored with ginger and/or garlic for better digestion instead of necessarily to augment the taste.

Red meat acts as a good source of protein and iron, the latter of which you typically have to get in the form of a supplement once you become a vegetarian.

In China, whole-grain sources abound. From soba noodles to millet, brown rice, and even black rice, whole grains are a staple of the diet in this country. Most black rice is consumed as congee, which has the consistency of risotto but is thinner and made with more broth. In China, roti is also popular, which we talked about in our article on Indian vegetarians. If you need a refresher, roti is a flatbread.

How Many People Live in China?

What Percentage of Chinese Are Vegetarian?

Given that there are so many people in China, you might expect an equally sizable vegetarian population. As we discussed in the intro, that simply isn’t true. This 2019 article in China Briefing talks about a meatless meat revolution, which is what people in America popularly consume as the Impossible burger or similar variants.

That article states that 3.6 percent of the Chinese population calls themselves vegetarians. That’s just 50 million residents, a drop in the bucket when your countrywide population is billions of people.

In the same China Briefing article, a report from The Good Food states that from 2014 to 2019, the meatless meat market in China has seen growth at a rate of 14.3 percent annually. That doesn’t necessarily translate to more vegetarians, perhaps just people who wish to erase meat consumption entirely but still want something that tastes like meat.

Embracing plant-based meat could also be a religious issue, although not necessarily. Those in China who follow Chinese folk religion are allowed to kill animals and eat them, but it’s frowned upon.

What Percentage of Chinese Are Vegan?

With so few vegetarians in China, perhaps there are more vegans instead? After all, the Chinese diet already largely shies away from the over-consumption of meat and embraces plant-based foods like fruits and vegetables.

This 2013 article in PRI.org says that in major cities across China, more and more vegans are making themselves known. Many of these vegans embrace the diet to prevent contributing more to global warming, which is a big problem in China. Others mention doing so for health reasons, which is common in the United States as well.

China has a rather small vegetarian population of only around 50 million people out of billions. Some, although it’s unclear how many, follow a vegan diet. These meat-free diets are embraced across the country sometimes for religious reasons, other times for health reasons, and even to preserve our planet by reducing global warming.

Plant-based diets with little meat are the norm across China, which shouldn’t make it hard for vegetarian travelers and residents alike to find something tasty to eat. While once it was believed that only Buddhists were vegetarian, the attitude around vegetarianism and veganism is shifting for the better in China.