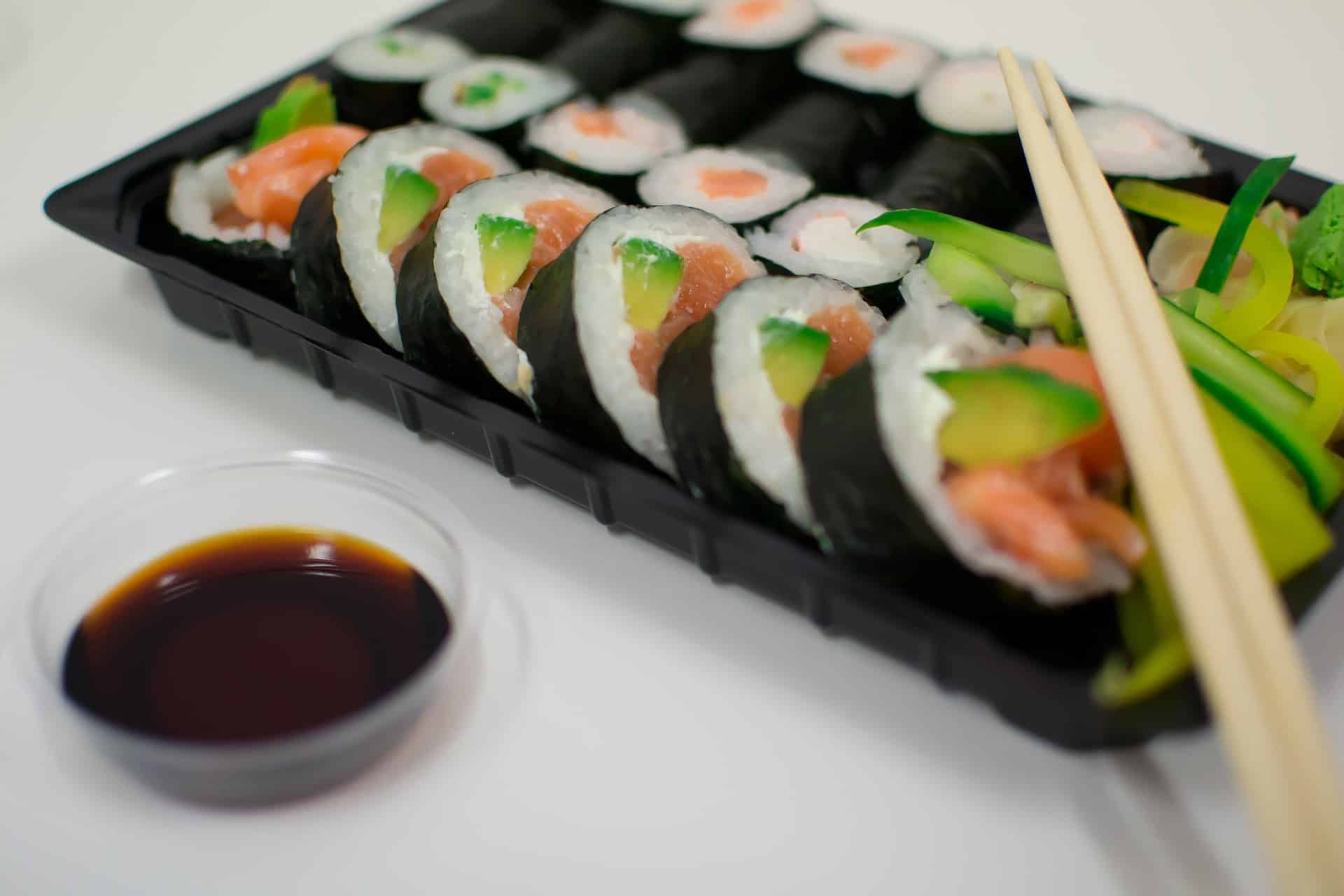 It’s always been your dream to visit Japan, but you can’t exactly eat sushi, as you’ve recently decided to go vegetarian. That has you nervous about your upcoming trip to Japan. Will you be able to find things to eat? What percentage of Japanese are vegetarian?

A study done on 1,188 Japanese respondents in 2014 found that 4.7 percent of that population is vegetarian. Since the survey had such a small sample size, it’s unclear just what the percentage would be when compared against the whole of Japan.

Keep reading to learn more about what the primary diet in Japan is and where vegetarianism and veganism factor in. You’re not going to want to miss it.

What Is the Primary Diet in Japan?

In Japan, a meal will consist of a staple food, a main dish, a side dish, and soup. Here’s a breakdown of which foods comprise each of those four dishes as well as how healthy each food is.

The staple food is often something significant and hardy such as udon noodles, ramen, soba, or steamed rice. Udon noodles are whole-wheat and do contain lots of fiber, but they’re carb-heavy as well. The same goes for ramen noodles, which lack minerals, vitamins, protein, and even fiber. The instant variety does have manganese, some B vitamins, and iron.

White rice is more common than brown rice in Japan and generally lacks much nutritional value unless it’s enhanced with folate.

The Japanese main dish may be eggs, poultry, meat, natto, tofu, seafood, or fish. What is natto? This fermented soybean recipe is often consumed for breakfast. The Bacillus subtilis var. natto bacteria provides the necessary sliminess. Natto has an overpowering smell and flavor, but most Japanese people like it.

Since the Japanese diet calls for little food processing and not overly large quantities, the above foods are not necessarily poor choices for your health.

In addition to the main dish and staple dish, you may be served a side dish in Japan, consisting of pickled or raw fruit, seaweed, wild plants, or vegetables. The Japanese prepare vegetables in a variety of ways, including pickled, grilled, sauteed, boiled, steamed, or raw. All are healthy, as are most of these other side dishes.

Last but certainly not least is the soup dish, often miso soup. What the soup is flavored with varies, but may include noodles, vegetables, fermented soybean stock, tofu, shellfish, or seaweed. This rounds out what is otherwise a fairly nutritious meal.

Japanese food goes by the principle of umami, a type of flavor profile that’s not bitter, sour, salty, or sweet, but rather, is its own sort of taste. Umami is especially apparent in Japanese vegetables as well as an array of recipes native to the culture.

How Many People Live in Japan?

Japan is a populated country, with 126.5 million residents living there according to data from 2018. That said, Japan does not crack the five most populous countries, which are China, India, the United States, Indonesia, and Pakistan in that order.

What Percentage of Japanese Are Vegetarian?

Japan was once known for its vegetarianism back in late 19th century, in what began in the Nara period through the Meiji Restoration. This era, which was 1,200 years in all, saw Japan consuming mostly vegetables and beans with rice as staple food.

This wasn’t necessarily by choice, as Emperor Temmu had in 675 banned livestock consumption, including birds, monkeys, dogs, cattle, and horses. Emperor Temmu observed Buddhism, which inspired his ruling. When Emperor Seimu took over in 737, he allowed for the consumption of shellfish and fish but nothing else.

It was only in 1872 that Emperor Meiji allowed for the Japanese to eat red meat once more. Monks were quite upset at this decision, and some even died trying to defend the honor of vegetarianism.

That’s a fascinating history lesson, but how many people in Japan consider themselves vegetarian today? This Vice article talks about a survey done in 2014 that quizzed Japanese residents on how many identified as vegetarian. Up to 4.7 percent of the population did. The problem? The survey involved only 1,188 people.

So yes, 4.7 percent of that population is vegetarian, but out of the whole 126.5 million people in Japan? No. Unfortunately, that’s the most current number we have to go on, so it’s hard to paint a full and accurate picture of vegetarianism in Japan.

What Percentage of Japanese Are Vegan?

The same survey also asked about veganism in Japan, in which 2.7 percent said they ate no meat, dairy, eggs, honey, and animal products and byproducts. Remember though, that’s 2.7 percent out of 1,100+ people, not everyone in Japan.

The Vice article also states that in 2016, vegan restaurants were on the rise in Japan by 3.4 percent. This has also been a growing trend over 10 years prior to that, so veganism is definitely something the people of Japan ascribe to even if they don’t necessarily identify as vegan themselves.

Japan has a long history of vegetarianism when its early emperors prohibited the consumption of livestock and red meat. It was 1,200 years of this diet before red meat was allowed back into the picture. Today, it’s hard to say how many people in Japan are vegetarian or vegan, but with so many restaurants catering to vegans, we’d have to say it’s many.

You don’t have to worry at all about what you’d eat as a vegetarian on your trip to Japan. You can skip the sushi and enjoy foods like ramen noodles, natto, and a variety of soups that contain no animal products or byproducts. Have fun on your trip!