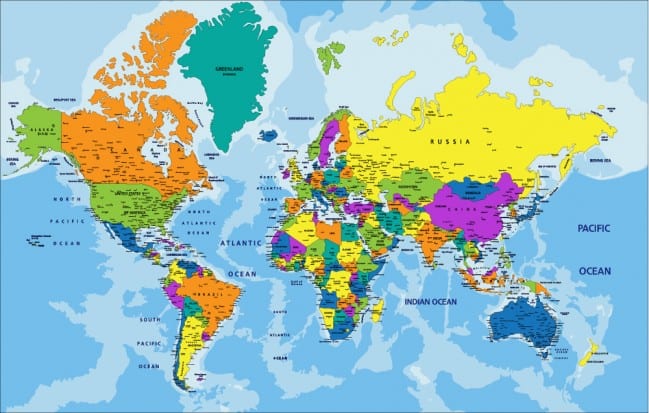 As a vegan or vegetarian, do you ever feel like you’re all alone? It seems like everywhere you look, there’s someone eating dairy products or meat. It’s discouraging. Although you don’t want to give up your diet, you are eager to meet others like you. Could it be you’re living in the wrong country? Which ones have the most vegans? How about vegetarians?

According to 2019 data, Greece is the leading vegan country, followed by India, China, Italy, Malaysia, and Turkey. As for the country with the most vegetarians, that’s India, then Israel, Taiwan, Italy, Austria, and Germany.

In this article, we will tell you more about what makes each of these countries so vegan or vegetarian-friendly. If you’re thinking a move might be in the cards for you, it could be to one of these great destinations!

What Is the Most Vegan Country?

Language resource Mango declares Greece as the most vegan-friendly country in the world. That’s due mostly to the delicious, authentic cuisine offered in this part of the world, a lot of which is vegan.

This trend of veganism seems to trace back to the Greek Orthodox Church. Members there often fast, or refrain from eating specific foods. In Greek tradition, that’s animal products, making a lot more of its residents vegan by default. These fasts can go on for over 180 days, so Greek residents are quite used to refrain from eating meat.

We already mentioned that India has the most vegetarians, and we’ll talk more about that later. For now, we’ll mention what makes this country so vegan.

In India, many of its residents follow one of three religions, Jainism, Buddhism, or Hinduism. In all these religions, they believe in a form of non-violence known as ahimsa. This applies to every creature, animals included.

That doesn’t mean India is completely meat-free. However, almost every establishment has a vegetarian or vegan part of the menu so you never have to feel out of place. Now, dairy products are a different matter altogether, as India still enjoys those. Try to avoid dishes with curd, paneer, or ghee. Those are yogurt, cheese, and clarified butter respectively.

Although its residents don’t believe in the same religion, in China, they also strive to avoid violence against all creatures. This dates back to a history of Buddhism in the country. Although that religion doesn’t persist as much today, a plant-based diet is prevalent here, with food staples including vegetables, tofu, rice, and noodles.

Italian cuisine might not strike you as overly vegan, but more of it is than you’d expect. In Apulia and Sicily, many dishes are prepared with vegetables as the main ingredients. Plus, pizza and pasta, two staples of Italian cuisine, are easy enough to modify into vegan eats.

Taking its inspiration from Europe (which has made a big effort to be more vegetarian if not vegan) as well as Chinese and Indian cuisines, it’s no wonder Malaysia is considered such a vegan-friendly place. In some parts of the country, you can even order dishes with meat replacement products that taste like the real deal. Just make sure you ask about what’s in your meal before you eat it so you can make sure it’s not real meat!

Last but certainly not least, another great place to visit or live in if you want to meet more vegans is Turkey. Yes, they do offer a lot of meat products to appeal to tourists, but if you dig deeper into their cuisine, you’ll find plentiful vegan eats. Many Turkish dishes have vegetables and/or beans as the mainstay. The country also refrains from using animal fats in many meals, favoring olive oil instead.

Which Country Has the Most Vegetarians?

If it’s vegetarians you’re looking for, World Atlas has a ranking of the countries with the most of them. It shouldn’t surprise you that India tops this list given what we’ve already discussed about this country. World Atlas says a good chunk of its residents is completely vegetarian, up to 38 percent.

Right behind India in the vegetarianism department is Israel. Many of its residents follow Judaism, a religion that limits them from eating animals. Even those who don’t consider themselves a part of the religion have followed suit. Vegetarians make up 13 percent of the country’s residents.

With just one percent fewer vegetarians than Israel, Taiwan has so many vegetarians again due to religious beliefs. The population here practices Buddhism and Hakka and have, through their religions, begun eating more plant-based products and fewer meat-based ones. In fact, they’ve been working on a meat ban since 2007.

We mentioned how Italy has a lot of vegans, but did you know 10 percent of its population is vegetarian? While it’s less about religion here, Italians instead have shunned meat products because of the environment, their own health, and a sense of ethic responsibility for animals. Some parts of Italy have even taken steps to initiate a meat ban, much like Taiwan.

Vienna has led the vegetarian movement in Austria, enough that nine percent of its residents consider themselves vegetarian today. It’s also a great place for vegans, as the Austrian Vegan Society has been running strong since 1999.

With the same percentage of vegetarians as Austria, Germany is yet another country with residents that have made the switch to vegetarianism and not looked back. More consumers have asked for meat-less restaurants and establishments here, and the country has acquiesced. Its residents have chosen the meat-free lifestyle for their health, animal rights, and for bettering the environment.

Don’t miss these articles if you found this one interesting:

What Percentage of Americans Are Vegetarians? (what about vegan?)

What Percentage of Japanese Are Vegetarian? (what about vegan?)

What Percentage of Europeans Are Vegetarian? (what about vegan?)

What Percentage of Chinese Are Vegetarian? (what about vegan?)

What Percentage of Indians Are Vegetarian? (what about vegan?)

Here are some other countries with a decent population of vegetarians, also per World Atlas:

What Are the Benefits of Living in One of Those Countries?

The idea of living in a predominantly vegan or vegetarian country might sound exciting, especially if you’re a United States resident (as you can see, the US is nowhere to be found on either of these lists). You could experience a slew of benefits, including:

Before you pack up your bags and leave for good, we recommend you visit one of these vegan or vegetarian-friendly countries first. See what it’s like before you commit to uprooting your entire life. Do you like the culture? The people? Could you afford to live here? What would you do for work?

If you loved your first trip, then plan a second one and stay even longer. If you still love it and you can answer the above questions easily enough, then you might be ready to live among a place with some of the most vegans and vegetarians in the world.

Per the most current data, Greece and India are two of the top vegan countries across the globe. India also has the biggest population of vegetarians, with 13 percent of its residents identifying as non-meat eaters.

All around the world, more countries have realized the health benefits of veganism and vegetarianism. They also know a plant-based diet can save our planet and the lives of animals. If you’re planning to move to one of the countries, you’d be in great company.