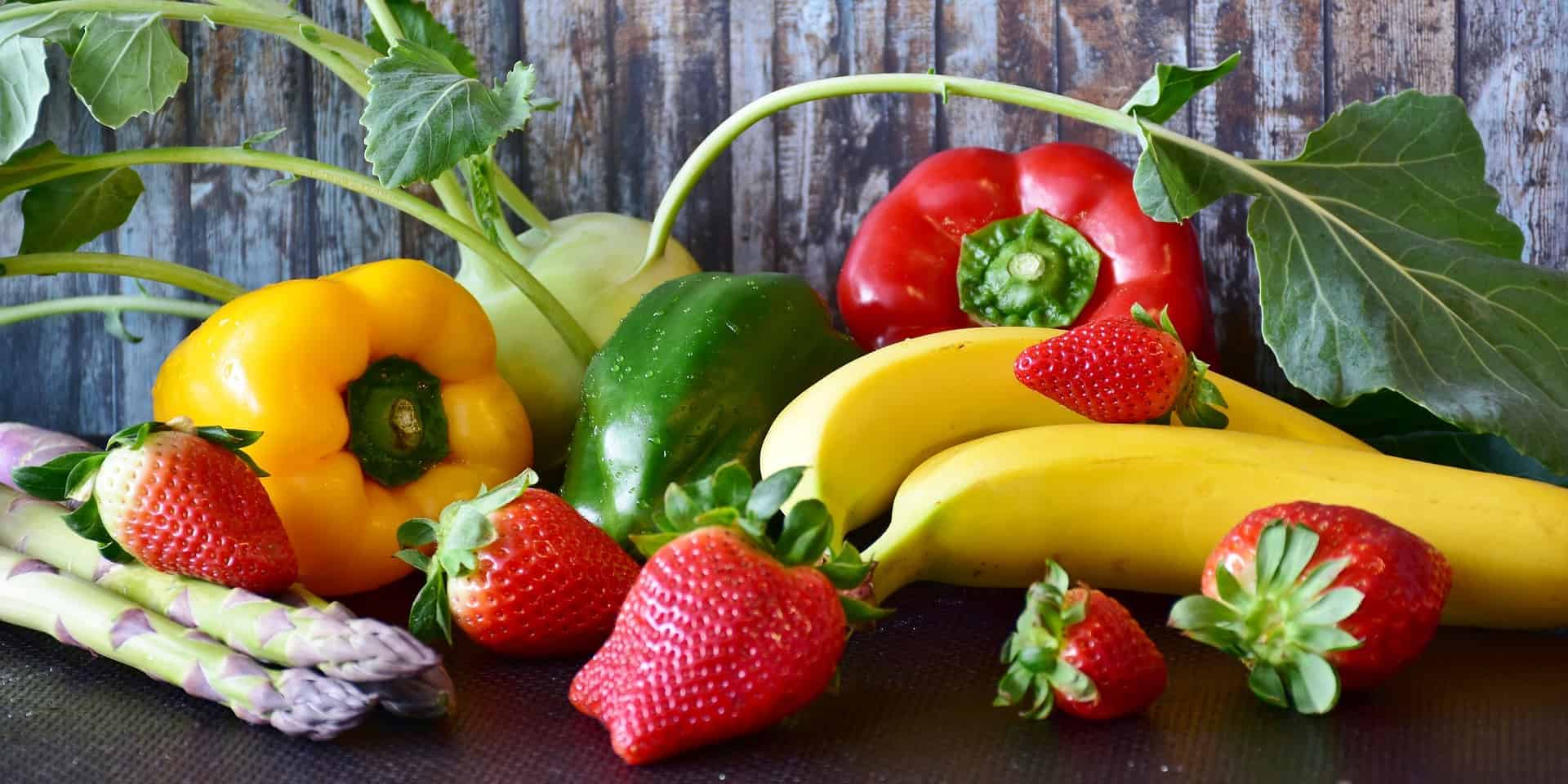 Like many people, the driver of doing better for your health is what inspired you to try the vegan diet. That means you cease eating animal products and byproducts for the foreseeable future. You figured this would be easy, but now you’re thinking you’d like to go back to your prior diet. Are you alone in this? Why do people give up the vegan lifestyle?

In this informative post, we’ll first unpack the appeal of veganism and then elaborate further on the reasons people quit the lifestyle. We’ll even discuss whether a vegan diet is sustainable. If you’re thinking of trying veganism or you want to quit the diet, you’re not going to want to miss this article.

What Is the Allure of Veganism?

A vegan diet is a strict one that omits all animal products and byproducts. You can’t eat meat, poultry, fish, seafood, honey and bee products, eggs, and dairy.

If it’s such a tough diet, then why do so many people do it? After all, The Vegan Society reports that, in 2019, up to 600,000 people worldwide followed the vegan diet.

Here are a handful of reasons why a plant-based vegan diet has caught on with so many.

When the food you eat doesn’t consist of animal products and is more plant-based instead, you’re naturally consuming fewer calories. This can encourage weight loss. Many, many studies corroborate as much, including randomized control studies like this one published in Obesity (Silver Spring) in 2007.

By going vegan, your body mass and weight could even be lower than your non-vegan friends and family, notes this 2009 report in the American Journal of Clinical Nutrition.

It’s no secret that unfortunately animals withstand a lot of pain and suffering ahead of being mass-produced into food. From factory farm overcrowding to cruel animal slaughter measures, once you peeled back the layers and looked behind the scenes into how some of your favorite meat and poultry products are made, you might have felt like you never want to eat like that again.

If you have joint paint especially, then quitting animal products might be to your benefit. A classic report in the British Journal of Rheumatology shared the results of a study involving 40 participants, all with rheumatoid arthritis. Over the span of six weeks, some went vegan and others didn’t. Those who followed a vegan diet had less stiffness in the morning, reduced swelling, and less joint pain.

Bodies of research also confirm that eating plant-based food could improve your health in a variety of areas.

This 2013 Stroke report says that you may be able to lower your chances of developing heart disease by consuming more fiber, legumes, and fresh vegetables and fruits. That diet is not exclusively tied to veganism, but those food examples are vegan dietary staples.

It’s also believed that by following a legume and fruit and veggie diet that you may be able to lessen your cancer death risk. So confirms this 2017 publication of Critical Reviews in Food Science and Nutrition. That study reviewed more than 95 other pieces of scientific data to conclude that a vegan has a 15 percent lower chance of cancer death if they consume fresh veggies and fruits in at least seven daily servings.

What Are the Main Reasons People Quit the Vegan Diet?

Considering that the vegan diet has so many health benefits as proven above, why do so many vegans decide to stop eating this way? To answer that question, let’s elaborate more on the 7 reasons we highlighted in the intro.

The Plant-Based Diet Gets Tough

When you first start your vegan diet, you may go into it with utter gusto. Then, once the novelty of eating vegan wears off, it’s suddenly a lot harder to stick to the diet. You can remind yourself of the reasons you’re doing it, but if your convictions weaken, then you may find that you dread every meal instead of looking forward to them like you once did.

There’s also the matter that you have to work so hard to find foods that suit your diet. You usually didn’t pore over food product labels the way you do now to confirm that everything you consume is vegan. After a while, all the extra work you have to do makes it tough to continue being a vegan.

Another reason many vegans don’t stay that way long is that they don’t like the foods they eat. Perhaps your first introduction to veganism was through a friend who made some killer vegan brownies. They tasted so good you could hardly believe there weren’t any dairy or non-vegan ingredients in them.

That made you think that if vegan-based food could be so tasty, surely you could handle the vegan diet, and quite well at that. Then you began following some recipes, but none of them turned out the way you were expecting. You went to the store and shopped food brands and products that some fellow vegans recommended, but they don’t taste the same either.

More and more, you begin missing meat, poultry, and dairy. It’s felt like ages since you’ve gotten to eat that food. Before you know it, you’re off your vegan diet.

Sometimes the reason you might quit veganism isn’t so much that the diet doesn’t suit you, but because you want to try another way of eating instead. For instance, you’ve heard good things about keto, where you cut carbs but increase your intake of fat. It’s a lot more difficult to get substantial sources of fat merely from plant-heavy meals.

Perhaps you want to get on the paleo diet, including the part where you can eat fish and lean meat. You may find veganism is too constricting in these situations, so you stop eating vegan so you can try something else instead.

Vegans may be at a health advantage in some areas, but a plant-based diet leaves a lot of holes in one’s nutrition. For instance, you’re probably not getting as much iron as you think. Although dried fruits, peas, lentils, whole grains, and vegetables are all great sources of iron, you don’t absorb as much of the nutrient when it comes from plant foods.

Phytic acid–which is common in whole grains, legumes, and beans–can actively prevent your body from absorbing zinc. If you’re going to cook beans or whole grains, you need to first soak them. Otherwise, you can develop a zinc deficiency.

Another area you might be deficient in as a vegan is omega-3 fatty acids. These acids come primarily from fish and fish oils. Also, when you stop eating animal byproducts, you could be depriving yourself of vitamin B12.

If you have a nutrient deficiency, you may notice symptoms such as constipation, on and off lightheadedness, hair loss, cravings for strange foods, breathing issues, weakness, fatigue, and pale skin. You should see your doctor if you experience one or more of the above symptoms.

You used to look forward to going out with your friends and grabbing a bite to eat or cooking at someone’s house. Now when you go to backyard parties or barbeques, you might be able to nibble on some salad, maybe some chips, but not a whole lot else.

Dining at restaurants has become tricky too. Again, you’re limited to mostly appetizers and salads, and you don’t even have a ton of options. This can leave you feeling peckish, especially when your friends or family get their dishes served and it’s a steaming steak dinner or a thick chicken breast.

You also hate how you have to ask your loved ones or the waitstaff about the ingredients in certain dishes so you can ensure the food is vegan. You miss those days when you could go out, take one look at the menu, and order whatever you wanted.

Social pressures can be a big reason many vegans decide to quit.

You also didn’t realize how expensive it is to eat vegan! You may have switched from standard produce to organic, which means you’re paying more for each head of broccoli, banana, carrot, or pack of strawberries. Even non-organic produce still isn’t cheap, especially compared to buying more convenient food.

Specialty vegan products, besides being hard to find, tend to cost more than their non-vegan equivalents, you’ve realized. A few months into becoming a vegan, your wallet is crying out for mercy. You’re thinking you’d rather go back to your old way of eating, which was a lot less expensive.

IBS and Other Health Issues

The increased quantities of fiber you now get as a vegan can agitate certain health conditions such as irritable bowel syndrome or IBS. If you have IBS and it’s gotten worse since you’ve become vegan, that’s more than likely not a coincidence. You should see your doctor to discuss your options. However, do be aware that sometimes quitting veganism is the only way to get some relief.

How Many People Quit Being Vegan?

You were a vegan for a while, but you’ve since had to quit. One or more of the above reasons compelled you to stop, and you feel pretty bad about it. For now, you’ve kept your dietary switch a secret from your family and friends because you’re just not sure what to say.

If veganism wasn’t for you, you shouldn’t feel bad. Lots of vegans ultimately quit. A Smithsonian article from 2014 discusses a Humane Research Council survey of 11,000 US-based vegans. Within three months, a third of them quit, and within a year, 84 percent dropped out.

Many of the reasons above were cited for quitting, including social pressure, cravings for animal-based foods, and just finding the switch to veganism difficult.

Is the Vegan Lifestyle Sustainable?

That brings us to our last point: is veganism sustainable? Is this really something you can do for years, even decades? Some people can, but a lot more cannot.

If you look back on our evolutionary history, humans grew by eating a rich, varied diet of meat and plant sources. With veganism, you can only have one, the plants, and that’s not how our ancestors evolved. So, from an evolutionary standpoint, veganism may not necessarily be sustainable. The penchant for worsening digestive issues and nutrient deficiencies points to as much.

As for veganism being sustainable for the environment, there are causes for concern here as well. This 2016 PBS article cites a study from Elementa about the vegan diet and land use. Lead researcher Chase Purdy had this to say: “When applied to an entire global population, the vegan diet wastes available land that could otherwise feed more people. That’s because we use different kinds of land to produce different types of food, and not all diets exploit these land types equally.”

If you’re dedicated to your vegan diet and you don’t want to switch, that’s fine, but these are important points to keep in mind going forward. That’s especially true for those thinking of trying the vegan diet for the first time.

Veganism omits dairy, fish, meat, poultry, seafood, eggs, and bee products. It’s a strict diet that many people try but lots more quit. The reasons for that could include difficulties fitting in with friends who don’t follow the vegan diet, nutrient deficiencies, or discovering that the diet is too expensive.

The food for thought in this article should help you decide whether veganism is right for you. Best of luck!