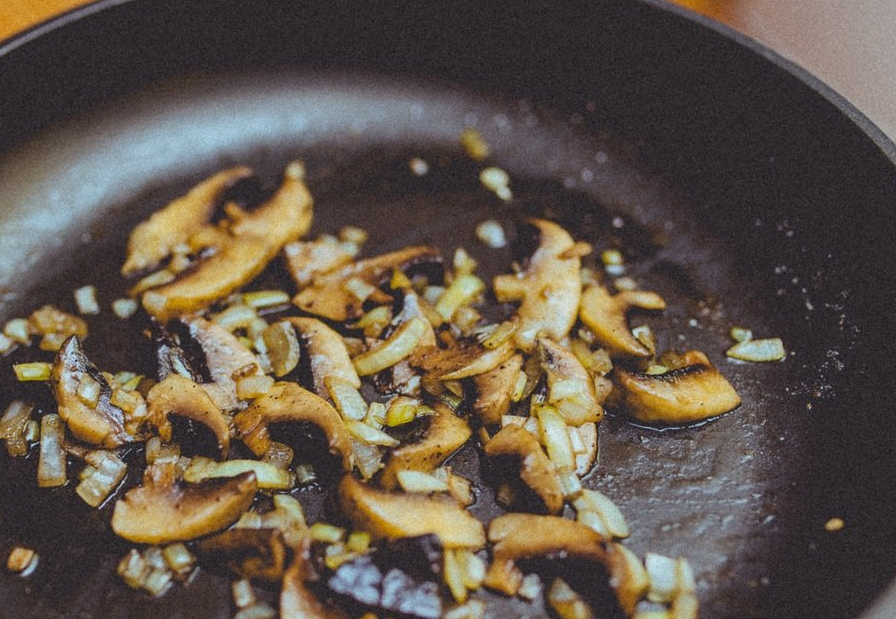 From creamy mushroom dip to garlic mushroom side dishes or mushrooms on pizza, the fungus is a dietary staple for many. You too may have eaten mushrooms plentifully, but now that you’re vegan, you’re wondering if you have to discontinue what you’re doing. Are mushrooms vegan-friendly and if so, why do vegans eat mushrooms?

Mushrooms are not an animal product/byproduct nor are they plant food, as they belong to the Fungi kingdom, not the Animalia kingdom. Both vegans and non-vegans alike eat mushrooms for their anti-aging, anti-cancer benefits and their great taste.

In this informative post, we’ll discuss the types of mushrooms out there and how healthy mushrooms are. We’ll also explain more on why vegans can’t get enough of mushrooms. You’re not going to want to miss it!

The Types of Mushrooms

Did you know there exist 20 different mushroom species? It’s true! Some are edible and others not. Here’s a quick rundown of some of the more interesting mushrooms.

The Nutritional Profile of Mushrooms

Now that you know more about the wild world of mushrooms, just how healthy are they? According to the United States Department of Agriculture or USDA, one medium white mushroom (18 grams) contains the following:

With little sugar and sodium and few carbs, mushrooms are indeed a healthy addition to any meal. You can even eat some types of mushrooms on their own and feel sated.

As a vegan, mushrooms are safe to eat. They’re certainly not an animal product, nor are they an animal byproduct, as mushrooms don’t even belong to the Animalia kingdom. Do keep in mind that mushrooms aren’t quite plants though. They’re in their own family, the Fungi kingdom.

Why do vegans eat mushrooms? Well, besides the health values illustrated above, mushrooms are beneficial in many other ways.

Mushrooms are a good source of potassium, which keeps your nerves, muscles, and heart functioning healthfully. Portobello mushrooms especially are potassium-rich.

You can also get copper in mushrooms to keep your nerves and bones at their best. The B-vitamins found in mushrooms include pantothenic acid, niacin, and riboflavin for better heart health.

Beta-glucan, a type of soluble dietary fiber, is in mushrooms, especially shiitake, oyster, and king oyster mushrooms. Further, mushrooms contain antioxidants that safeguard your body from the free radicals that can lead to cancer and heart disease.

If you want to look younger than your years, make sure you eat mushrooms. Their high antioxidant properties, namely glutathione and ergothioneine, could keep the hands of time from moving forward. So confirms this article published by Penn State in 2017.

Some mushrooms contain a psychedelic called psilocybin. This psychedelic can create powerful mood changes, says this Johns Hopkins Medicine writeup from 2020. Other studies have involved cancer patients receiving psilocybin. The patients felt less anxiety and depression, and their fear of death even abated.

May Boost Your Immunity

We all want a healthier immune system, and eating mushrooms might be one way to make it happen. Lentinan, a polysaccharide found in shiitake mushrooms, can improve the functioning of your immune system. When you add to that the beta-glucan that’s in most mushrooms, you could have strong immunity!

Could Ward Off Cancer

An Experimental Biology and Medicine report compared white button, oyster, portobello, white, and maitake mushrooms to determine which if any could inhibit cancer development. All five types of mushrooms were able to act as a “chemoprotective” in warding off breast cancer. The cancer cells reproduced and grew at a reduced rate through the consumption of the mushrooms.

Ways That Vegans Use Mushrooms

If you’re a vegan who’s missing meat, that’s perfectly understandable. You just majorly changed your diet, so it will take some time to adjust to that. Rather than giving up the feel of meat altogether, try substituting meat recipes with mushrooms instead.

The thicker, meatier mushroom species like portobello can be used in all sorts of meat-like ways. Try grilling a large portobello or cooking it in the oven like you would a cut of meat. You can incorporate a portobello mushroom into a sandwich or burger as well.

Red meat has been tied to higher risks of some cancers, cardiovascular disease, and diabetes. Now you can enjoy the heft and texture of meat but with a much healthier, vegan-friendly alternative!

Mushrooms are a vegan dietary staple because they’re filling, nutritious, and some species can be used as meat substitutes. Eating mushrooms may ward off certain cancers, and the antioxidants, minerals, and vitamins contained in mushrooms make for a healthier you. With so many mushroom varieties, you can surely find one or several that you like!