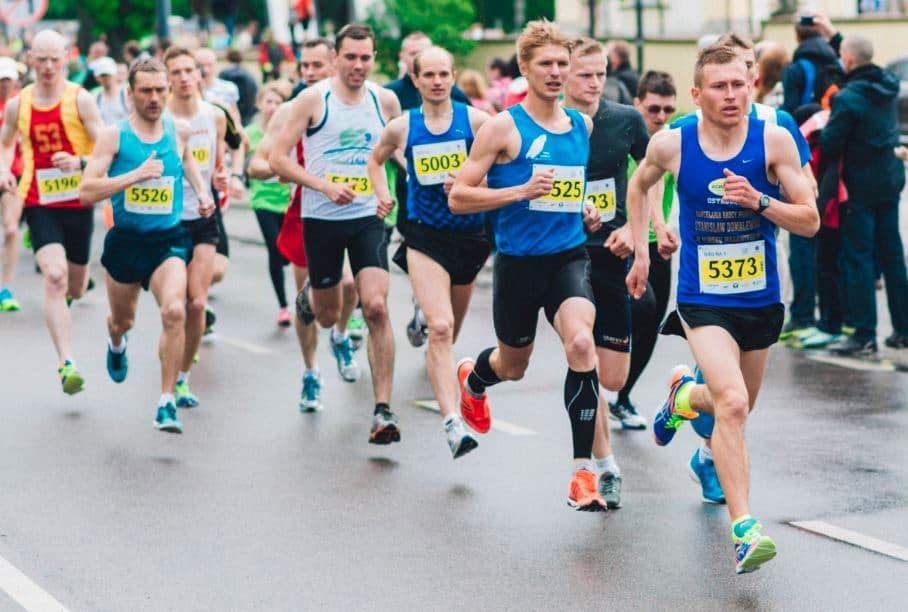 When one tries to attain peak athletic performance, there’s many things they might do. For instance, they could ramp up their workouts, change their diet, and train longer and harder. Does veganism figure in there anywhere? Are those athletes who embrace a vegan diet necessarily better in sports than meat-eaters or vegetarians?

According to registered dietician Nancy Clark in an article in The New York Times, currently, no evidence exists that vegetarianism or even veganism can make someone more proficient in sports compared to a person who does eat meat and dairy. That said, some pro athletes who have gone vegan believe the improved energy and focus they get from a plant-based diet could help them play better.

In this article, we will explore further the role, if any, veganism has on athletic performance. We’ll also delve into the considerations athletes must make when going vegan and participating in physical activity.

What Makes Someone Good at Sports?

This may seem like a silly question, but some people undoubtedly do possess certain qualities that make them more talented at sports than the average person. What kinds of qualities are those?

A 2009 article in Psychology Today sought to answer this very question. Jim Taylor, Ph.D, the author of the article, spent time with athletes in a psychological capacity. He came up with five qualities one needs to excel in sports and athletics. Those are:

Are Vegans Better at Sports?

That brings us to our main question: do vegans excel at sports more compared to meat-eaters or vegetarians? Not necessarily.

In the New York Times article we linked you to in the intro, the author sat down and spoke with three experts in athletics. One of those was Nancy Clark, a registered dietician who wrote the book Nancy Clark’s Food Guide for Marathoners. She also has years of experience in sports nutrition. Although she’s not vegan, she does dabble in vegetarianism.

Here’s what she had to say on the matter: “I was just at the American College of Sports Medicine Annual Meeting in San Francisco, and there was a presentation about vegetarian athletes that basically concluded that there’s not enough research to know how vegetarian—let alone vegan—diets affect athletes.”

Now, the New York Times piece was from 2012. What’s interesting is that, within the last year or so, a lot of high-profile athletes have gone vegan. In this CNBC article from 2018, the NFL team Tennessee Titans said that most of its members feel they play better as vegans. They noted faster recovery and leaner bodies after changing their diets.

Wesley Woodyard, the team’s linebacker, became a vegan around the time the article was published. He said he has more energy since cutting out meat.

It’s not just in football that athletes have gone vegan. Here’s a list of players who have embraced veganism and why:

What is our conclusion on whether veganism makes the above athletes and countless others better at what they do? While no one study confirms it, we can certainly see where these vegan athletes are coming from. A 2015 piece in Harvard Health Publishing notes what many other researchers have confirmed: that the foods we put into our body can affect things like mental outlook, stress, anxiety, and focus.

As we said before, the focus is a big part of succeeding in athletics, as is mood, emotional regulation, and one’s confidence. While we don’t doubt the athletes who have gone vegan do feel better, whether they play better is something that data has yet to show for certain. It’s still mostly conjecture.

Modifying your diet through vegetarianism or veganism does come with its own points to keep in mind. 2004 research in the journal Nutrition outlines these considerations quite well:

You can find plant proteins in both fruits and vegetables. For instance, try incorporating more fruits like kiwis, orange, sour cherries, pomegranates, berries, and black currants into your diet. As for veggies, load up on collards, broccoli, bok choy, and kale. These vegetables contain a lot of antioxidants and micronutrients as well as protein.

Veganism offers a myriad of health benefits, but one may wonder if it can make you better at sports. While there’s no conclusive study that says yes, it can, many major athletes in all realms of sports disagree. They’ve become vegan for an assortment of reasons—health issues, a passion for animals, environmental friendliness—and have said they feel and play better.

If you’re considering a vegan diet and you’re an athlete or someone who’s very physically active, you must ensure you’re not losing too much weight. You also want to maintain your muscle creatine concentrations, iron levels, and your proteins for your performance and your health.