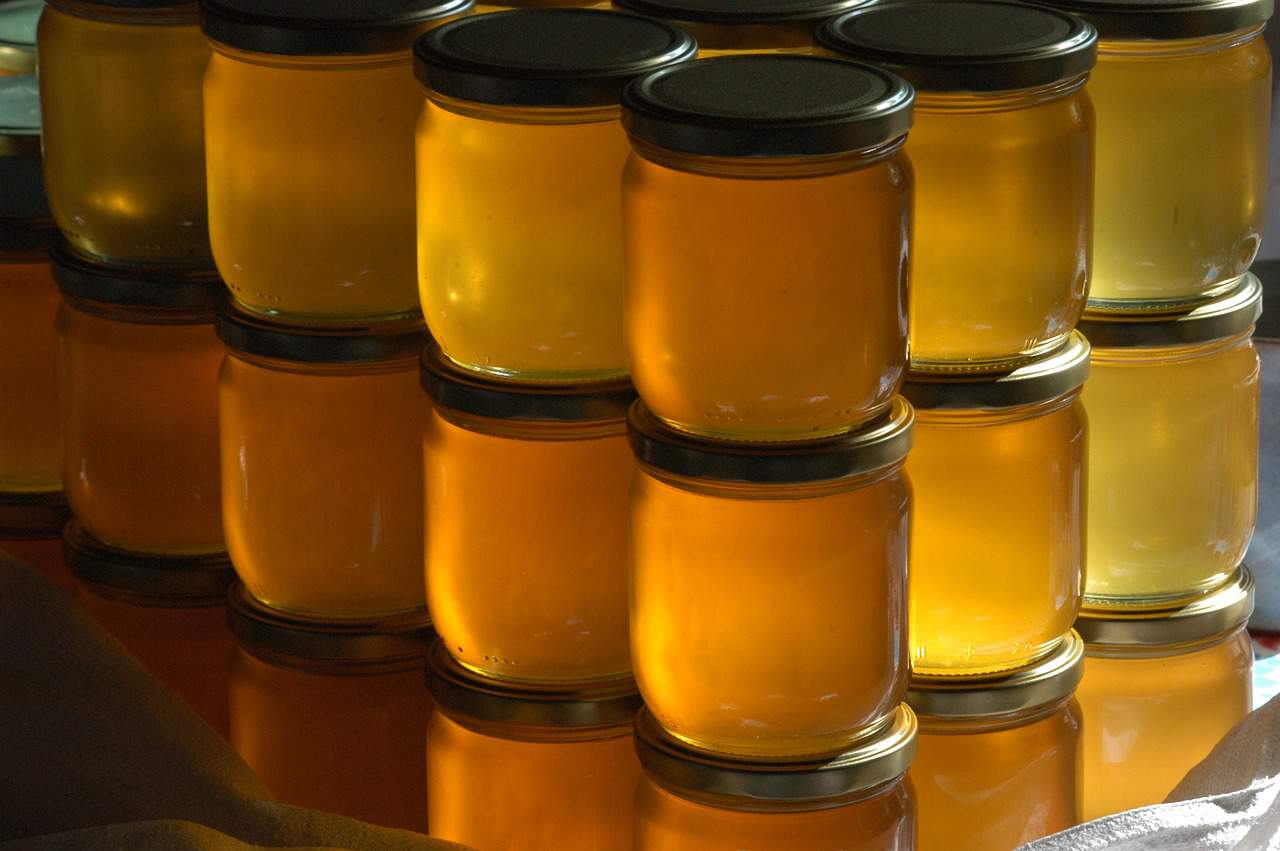 Do you know what goes nice with toast in the morning? A side of honey. It also sweetens up cheese and tastes especially great when eaten with fruit. As you’re now adhering to a vegetarian diet, you wonder if you’re allowed to continue enjoying honey. Can you? What about if you’re a vegan?

Vegetarians can eat honey and still abide by their diets, but vegans cannot. Honey is considered an animal byproduct, with the animal in question bees. Vegans may also avoid eating honey to prevent bee labor.

In today’s post, we’ll discuss more on honey, including where it comes from so you understand why vegans and vegetarians feel the way they do about it. We’ll also talk about how healthy, if at all, honey is, which can help you decide if it’s something you want to keep eating if your diet allows you to. You’re not going to want to miss it!

Understanding Honey: What It Is and Where It Comes From

In its purest form, honey is a secretion with an amber color and a sweet taste that comes from one or more natural sources. These sources can include water evaporation, enzymes, regurgitation (sorry, but it’s true), insect secretions (more like honeydew than fecal matter), and/or floral nectar and other plant secretions.

The source of the honey can influence its flavor, texture, and smell, as can which flower the bees get the honey from. If you bought honey from lavender flowers, it’s a different experience than consuming honey from clover.

Honey contains both glucose and fructose, two monosaccharides that make it taste sweet. It’s about on par with regular table sugar when comparing the sweetness of the two products. That makes honey a viable sweetener option, just as it was in the days of ancient Sicily and Greece. It’s also a famed ingredient in many baking recipes and some cooking recipes as well.

Besides us humans, badgers and bears quite enjoy honey. That could be why honey comes in bear-shaped plastic bottles.

How Is Honey Made?

Although honey is commercially bottled and manufactured by humans, it’s bees that make it, so they should get the credit. Well, not all bees. With 20,000 different species of bees, about seven of them are considered honeybees. As their name tells you, honeybees produce honey.

Honeybees live in a colony that consists of worker bees and a queen bee, who’s often the mother of the worker bees. All spring and summer long, worker bees will fly to different flowers, foraging for nectar. On each of these trips, a honeybee might travel to 100 different flowers, venturing out about five miles from its colony. An average honeybee can travel thousands of miles across its lifetime.

When they have a sufficient amount of nectar, the worker bees bring it back to the colony. They continue collecting nectar until summer ends, intending to have enough honey to survive the cold autumn and winter ahead.

The queen bee will then ingest the nectar through a long tube called the labellum. The nectar mixes with her saliva and goes to the queen’s honey stomach, an internal sac for storing honey. In the meantime, the worker bees send the remaining nectar around to the other bees in the colony, eating it bit by bit. This creates chemical and enzymatic changes, also altering the pH of the nectar.

Since the nectar is so wet, the next step of honey production is to dehydrate and dry it out. The worker bees might expand the honey, stretching it thin for more surface area. Other bees will flutter their wings to increase the water evaporation.

The Nutritional Profile of Honey

Per data from the United States Department of Agriculture (USDA), here is the nutritional information for a tablespoon or 21 grams of honey:

Honey has no magnesium, vitamin A, vitamin B6, vitamin C, vitamin D, iron, cobalamin, or calcium.

The vegetarian diet prohibits the consumption of fish and meat, including poultry. Where does that leave you if you’re craving honey atop ice cream or with a piece of fruit? You’re perfectly fine to eat honey on a vegetarian diet without breaking said diet. So go ahead, indulge a bit here and there.

The following foods should also be the pillar of your healthy vegetarian diet:

If you’re an ovo-lacto vegetarian, sometimes referred to as a lacto-ovo vegetarian, then you may consume dairy and eggs as well as other certain animal products. Lacto-vegetarians may skip the eggs while ovo-vegetarians typically omit dairy from their diet. For these types of vegetarians, honey should still be allowable.

Perhaps you’re not following vegetarianism anymore, but veganism instead. Depending on your diet, you may fit into one of several categories of veganism:

Those foods are the main pillars of a vegan diet, as those who follow this diet cannot eat dairy products, eggs, shellfish, fish, chicken, meat, or animal byproducts.

For animals that are used primarily for their meat, defining what animal products and byproducts are is very easy. Here’s another example. A cheeseburger is considered an animal product from a cow where a cow tongue would be a byproduct.

But did you know that beer contains animal products? Since beer is made with a fish bladder chemical called isinglass, some vegans don’t drink beer. Cake mixes may have beef fat and bagels L-cysteine, which can be sourced from hog hair or bird feathers.

Following the technical definition of an animal byproduct, honey is considered a byproduct. Sure, the honeybee that made the honey is still alive (hopefully!), but since honey does come from bees, it’s a byproduct of an animal. By those terms, honey is not allowable on a vegan diet.

What Are the Benefits of Honey?

If your diet allows for honey, you may wonder how healthy it is. Rewinding to the nutritional information from earlier in this guide, honey doesn’t contain a lot of calories, but it is high in sugar. It’s also missing any minerals, vitamins, or nutrients that would make it worth ingesting.

Okay, so maybe it’s lacking nutritionally, but honey is beneficial in a variety of ways if your diet allows you to eat it. That’s mostly through its inclusion of antioxidants like flavonoids, phenolic compounds, and organic acids. Let’s wrap up by discussing the health perks of honey.

If you have a cough from a cold and you head to the pharmacy to buy some cough drops, you may notice that most drops have honey as a top ingredient. Is that just a coincidence? Not at all! Honey is included in these over-the-counter medications because it’s so effective in stopping cough.

This 2010 report from the Journal of Alternative and Complementary Medicine examined the differences in the effectiveness of diphenhydramine, dextromethorphan, and honey for children with coughs. About 140 children were involved in the study with an age range of 24 to 60 months old. The participants were then divided into one of four different groups.

Depending on the group, each got a different cold remedy, including one control group that wasn’t medicinally treated. After a period of 24 hours, the researchers discovered that the children who received honey for their coughs had lower rates of cough frequency and cough severity but an increase in sleep quality, even more so than the children taking medication.

Could Help Your Heart

You only have one heart, so you need to take care of it. Although you might not think eating honey would be conducive to heart health, that’s not the case. The antioxidant compounds and phenols in honey can help your heart in a variety of ways.

According to a report from the African Journal of Traditional, Complementary and Alternative Medicines from 2010, honey can allow more blood to get to your heart by dilating your arteries. This keeps blood clots from developing that can cause deadly stroke and/or heart attack.

So says this 2004 report from the Journal of Medicinal Food. They did a study on eight diabetics who consumed artificial honey, authentic honey, and dextrose. The data concluded that natural, authentic honey can reduce blood lipids, homocysteine, C-reactive proteins, and plasma glucose.

Homocysteine is a blood amino acid that rises from the consumption of red meat and can be an indicator of heart disease. C-reactive proteins come from the liver and only enter the bloodstream as a result of inflammation.

In this report from the International Journal of Molecular Science from 2011, the antioxidants in honey were proven to reduce high blood pressure. The participants were involved in the study for three weeks, and were fed honey or distilled water once a day.

Honey, a sweet sugar alternative naturally produced by honeybees, is allowed on a vegetarian diet. That’s not the case if you’re a vegan, as honey is considered an animal byproduct. Although honey isn’t the most nutritious part of a vegetarian diet, this sticky nectar is packed with benefits like alleviating cough and possibly even boosting your heart health.

The next time you’re in the mood for honey, treat yourself to some! Your body will thank you.