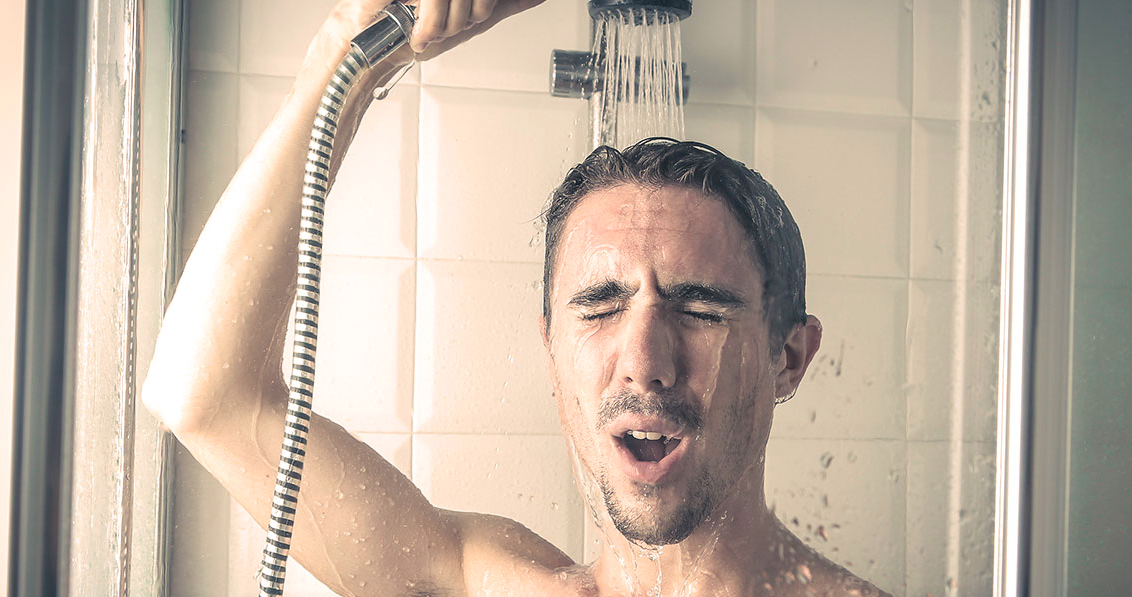 You’re doing it; you’re going to take a cold shower. You know it’s the right move for your health, but overcoming the mental hurdle that is resisting the hot water knob is tough. One thing that would help is knowing how long your cold shower should last. Should you try to shower in cold water the whole time you’re in there or just for a minute or two?

A cold shower should last anywhere from 30 seconds to 10 minutes. The longer you spend in the shower, the more benefits your body reaps, so set longer cold showers as an eventual goal.

In this article, we’ll talk more about the benefits of cold showers, the necessary duration of your shower, how often you should shower in the cold, and how to make the whole experience a little more bearable. Keep reading!

How Long Should a Cold Shower Last?

Cold showers are incredibly good for your health. We just discussed the benefits in-depth on our blog in another post, so we’ll run down a shorter list of the benefits for you now:

If you think you’ll achieve the above host of health benefits by spending a few seconds in the cold water, think again. Lots of studies have been published on what cold showers can do for the body, and participants often had to undergo cold showers for upwards of a minute, sometimes several minutes or more for any real change to occur.

Medical News Today mentions that the average cold shower should last between 5 and 10 minutes. If you’re uncomfortable in the cold water, even 5 minutes can seem like several hours, so you definitely want to work your way up to spending such a long time in the shower.

Is It Good to Have Cold Showers Every Day?

How Many Days a Week Should You Take a Cold Shower?

If you’re still struggling to spend more than a minute or two in the cold water at a time, you might instead increase the number of days you take a cold shower. How many days in a row can you skip the hot water?

Taking a cold shower seven days in a row–yes, all week­–is just fine. You can even incorporate cold showering into your regular routine, doing it every day so after a while, you lose track of how many consecutive days you’ve showered in the cold. By this point, it’s just what you do.

Several people have taken what they call the cold shower challenge, where every day for 30 days they showered in cold water. This first Medium writer cited many benefits from the last section they experienced when they showered in the cold. These health perks included a better mood, waking up quickly in the morning (that cold-water blast will make you very alert!), and a healthier immune system. The writer decided to stick to cold showers for good after that.

This other Medium writer said they had healthier hair and skin, they avoided the illness that others in their life had, and they felt more motivated overall by showering in the cold.

Maybe you don’t shower in the cold for a month straight. At the very least, you should take a cold shower of at least 5 minutes once a week. That’s pretty doable.

How Cold Should Your Shower Be?

When we say your shower needs to be cold, exactly how cold are we talking here? In a Medical Hypotheses report from 2008, the researchers recommended temperatures of 68 degrees Fahrenheit for less depression.

If you were thinking you had to shower in 50-something degree temperatures, then 68 degrees might sound like a major relief. Don’t be mistaken though, this is still quite cold!

How to Take a Cold Shower

Today is the day you take your first cold shower, and you’re kind of dreading it. That’s perfectly normal. Don’t be surprised if you continue dreading it even after you’ve gotten a few cold showers under your figurative belt, as it’s not easy to expose yourself to such low temperatures, especially when you first wake up.

Here are some suggestions that will make cold showering a bit easier.

No, we’re not talking about your pace once you’re in the shower, but your overall pace. Instead of trying to shower in the cold every day, start with once a week. Then, spend 30 seconds in the cold water. The rest of your shower can be warm.

Have a Playlist Ready

If you think of taking a cold shower as punishment, then treat yourself during your shower so it’s a little easier to bear. Make a playlist of your favorite songs you can sing or hum along to. Listening to music distracts you and makes your shower go faster. If you can stay in the cold for one song, then it seems like it’s over in a blink.

Don’t like music? That’s okay. You can also try listening to a podcast, although you’ll have to watch the clock to know when to jump out of the shower.

Time Yourself to Keep It Fast

All phones have built-in timers. Since your phone is probably in the bathroom with you anyway, put it to good use. Set a timer for two or three minutes. Turn the water on cold and see if you can complete your whole shower in such little time. Yes, we’re talking about shampooing, conditioning, bathing, shaving, whatever you do in the shower.

Your cold shower will be over before you know it. More importantly, you’ll feel good for conserving water and doing our planet a big favor!

The longer you can shower in the cold, the better it is for your health. We’d suggest starting with 30 or 60-second cold showers and then spending minutes at a time in the cold. By timing yourself, listening to music, and taking contrast showers (hot to cold), showering in cold water might not be as difficult as you think. Best of luck!