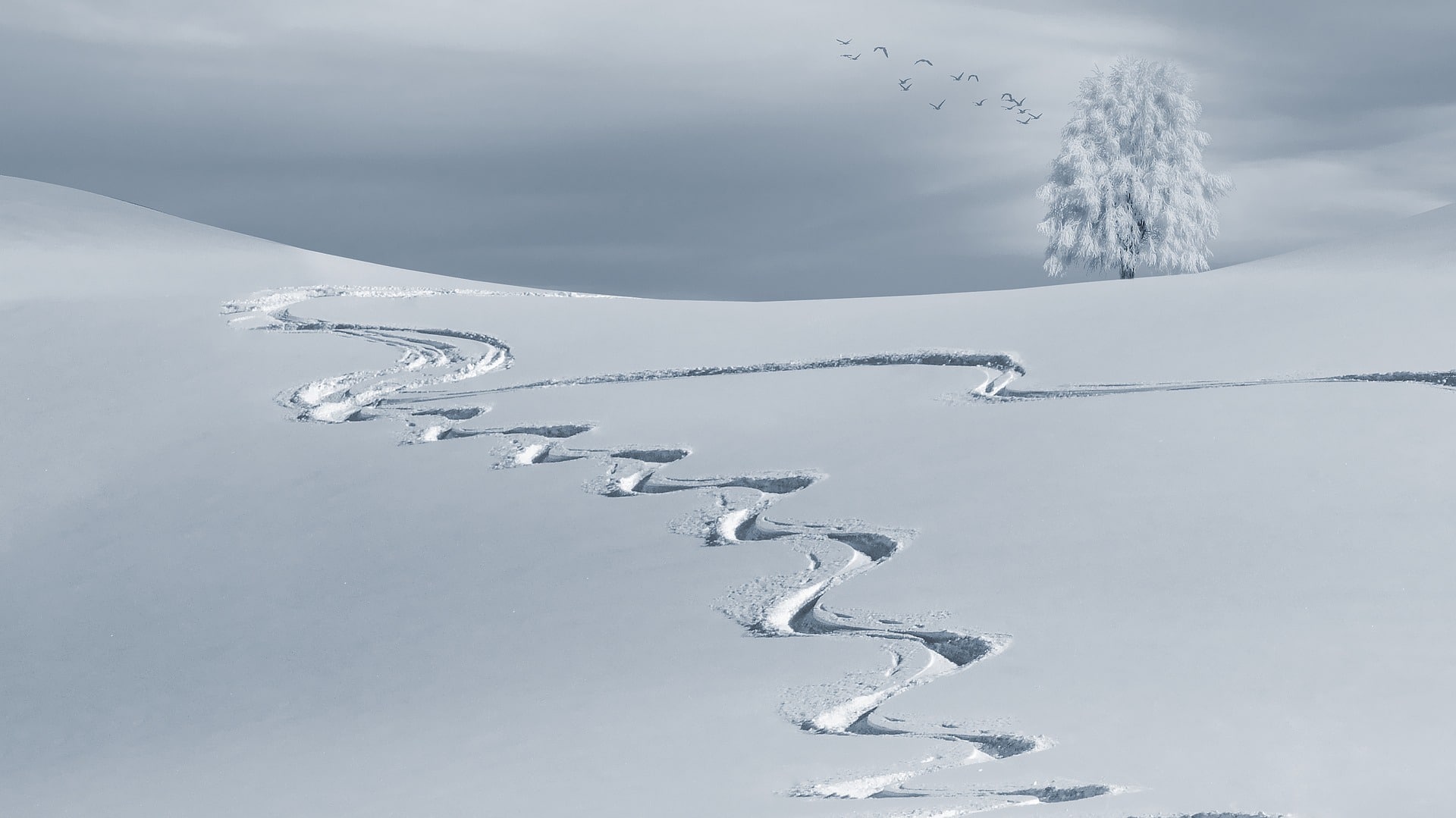 Metabolic winter, what is it? Autumn has officially arrived and we’re now into October, but it just doesn’t feel like it yet. Sure, there are pumpkins on porches, less daylight, and leaves of all colors, but something’s missing.

If you can’t wait to put the warm, summery days behind us for the season, it’s probably because you’re eager to enjoy sweater weather. What you might not know is that being cold can actually be better for you, at least if you’re trying to lose weight.

There’s a concept known as metabolic winter that posits that colder temperatures can help dissolve stubborn pounds better than warm weather can. If you’ve never heard of metabolic winter or you’re only passably familiar with it, you’re not going to want to miss this article. In it, we’ll define metabolic winter, any benefits and downsides, and whether it works. This will be supported by research and one big name in the SOS-free veganism world.

What Is Metabolic Winter?

First, let’s begin with a definition of metabolic winter.

According to Ray Cronise, an SOS-free veganism expert, metabolic winter is a means of turning the temperature down to reset your body composition and shed pounds. As you remember from reading this blog, Cronise, although a top proponent for SOS-free veganism today, also has a lengthy and impressive scientific background.

He spent almost 30 years studying and honing topics like biophysics, material science, neural networks, and fluid physics. At one point, Cronise was even an employee of the NASA Marshall Space Flight Center.

In both a 2014 podcast interview with Endurance Planet and a 2010 TedMed Talk (which you can watch below), Cronise describes the basic premise of a diet like this: you want to lose weight, so you stop eating so many calories and ramp up your physical activity. It’s an “energy balance,” he says.

He himself dieted and would often plateau, regaining the weight he’d lost and then some. Deterred by this, Cronise changed tact and studied the effects of thermodynamics on the body. He says the way our bodies operate in terms of internal temperature control is essentially perfect, but he wanted to “trick the body” regardless.

What Cronise discovered was that being cold burned more calories than “hot, sweaty” workouts. This became the basis for his paper with Andrew A. Bremmer, MD, PhD and David A. Sinclair, PhD entitled “The ‘Metabolic Winter’ Hypothesis: A Cause of the Current Epidemics of Obesity and Cardiometabolic Disease.” The paper, which you can read here, was published in September 2014.

How exactly does turning down the thermostat theoretically help us to lose weight? It all has to do with brown adipose tissue, says Cronise and company in the paper. Part of what controls our body’s metabolism is this brown adipose tissue. The tissue is triggered by the body’s sympathetic nervous system and takes chemical energy and makes it into heat. It’s especially abundant in the neck and upper back.

According to the paper about Metabolic winter

That turned out not to be quite true. When researchers took a look at brown adipose tissue content in adults in a series of scientific studies, it was discovered that we did indeed have plenty of the stuff, at least most of us (more on this shortly).

When the average adult exercises, their body makes more irisin, a protein in a gene called FNDC5. That irisin triggers the body to boost its brown adipose tissue even more.

Why do we even have brown adipose tissue in the first place? Cronise, Bremmer, and Sinclair theorize that it’s a bodily feature that dates back to when humans began propagating the earth. Possessing brown adipose tissue allowed humankind to persist when food was scarce as well as survive weather changes from cold to hot and back again.

Cronise, in particular, has rallied against the diet idea of “eat less, move more” as a solution for weight loss. He mentions in the paper that the energy we put forth during our physical activities isn’t more than what the hunter-gatherers used to do.

“Thus, it might be reasonable to consider that many of the health benefits of physical activity are actually adaptive responses related to times of cold stress and shivering,” says Cronise and company in the paper about Metabolic winter. After all, as we get cold, our bodies make heat through sweat, muscle contractions, and other physical reactions to try and warm us up. That could increase the calories we burn. Even though we’re not working any harder, we’re still burning more, thus losing weight.

What does this all mean? Can metabolic winter be used to lose weight? According to scientific research, yes, it can.

The term metabolic winter is also known as non-shivering thermogenesis, and it does not require freezing cold temperatures to work.

According to the Juvenon Health Journal, if the environment is 60 degrees and up (although not higher than the mid-60s), then non-shivering thermogenesis can begin.

How often do you spend time in an indoor environment that’s about 60 degrees? That’s too cold for a lot of people, so they bump up the thermostats in their homes, their cars, and their offices. If they’re outside and it’s 60 degrees, they might work out indoors instead or at least wear a jacket.

There’s a fascinating piece of research from 2014 that studied residents of Spain. These people were on a specified diet, but some lived in a cold area and others in a warm area. That was the only difference, yet the study found that those from the cold area had fewer chances of becoming obese.

Francesco Celi and his team at the National Institutes of Health had their worked published in the 2013 edition of Cell Metabolism. Their findings supported Cronise and the Juvenon Health Journal, that dropping the thermostat to 66 degrees can increase brown adipose tissue.

The temperature of our bedroom is especially important. Cronise, Bremmer, and Sinclair touched on this in their paper. There’s a proven link between obesity and sleeplessness. This occurs in part because of one important sleep-related hormone known as melatonin.

When our body gets enough melatonin, our core body temperature lowers. This means we fall asleep faster and get better sleep throughout the night. We also wake up rested, energized, and ready to take on the day.

When we don’t sleep, Cronise and company found, we’re less willing to put out more energy the next day (since we’re tired), ghrelin and leptin levels increase (as do our appetites), and insulin resistance and glucose tolerance levels change. In short, all that can contribute to weight gain.

Whether at rest (sleep) or up and engaging in physical activity, brown adipose tissue plays a key role in maintaining and even losing weight.

Are There Any Downsides to Metabolic Winter?

We should mention that the concept of metabolic winter for losing weight does have its detractors. According to an encompassing 2015 article in The Atlantic by James Hamblin, some people were skeptical when Ray Cronise said that, in six weeks, he was able to drop 26.7 pounds by going out to exercise in the winter without a shirt and by using cold water during his showers.

First, Timothy Ferriss wrote a book about Cronise’s success, which Ferriss called The 4-Hour Body. This was in 2010. It became a best-selling book. Then there was the TedMed talk we linked to earlier in this article, also in 2010. Cronise also got a lot of media attention, appearing in publications like The Atlantic, Wired, and more over the years.

The main issues with metabolic winter revolved around it being seen as a shortcut. Critics believed it convinced people that instead of eating right and exercising, all they had to do was turn down their thermostats to see the weight come off. Not only that, but there were rightful worries about how healthy it can be to expose oneself to the cold regularly.

Cronise, for his part, is also a little worried about the effects the cold could have on his skin. In terms of the other issues pertaining to metabolic winter, he’s stuck to his guns and continues to use it as a weight loss technique. He does caution people from thinking it’s a simple overnight cure-all for weight woes.

He said this to The Atlantic: “You can’t freeze yourself thin.”

The biggest downside to metabolic winter then could be the potential effects of wintry weather on the skin. Also, it’s a little uncomfortable to be in cold temperatures at first, but eventually, you won’t feel it as much.

The science behind metabolic winter didn’t begin with Cronise. The concept actually dates back to Antoine Lavoisier, an 18th-century chemist from France. While Cronise didn’t invent metabolic winter, then, per se, he did popularize it.

How to Begin Your Own Metabolic Winter

Ray Cronise is one of the popularizers of a concept known as metabolic winter. It has existed since at least the 18th century and suggests that being in cold environments triggers our body to burn more calories and fat than being in warmer environments. Our brown adipose tissue, which warms us up throughout our entire lives, is a major key to metabolic winter weight loss.

Cronise himself lost nearly 30 pounds through metabolic winter. He would exercise shirtless in the cold, shower in cold water, and turn down all the thermostats at home, especially when sleeping. Sixty-six degrees seems to be the ideal temperature to trigger brown adipose tissue to get to work.

Those who have tried diet and exercise plans and haven’t lost much weight may be interested in Cronise’s line of research with Metabolic winter. It suggests that obesity has more to do with the temperature than how much effort you put into your workouts. While not for everyone, metabolic winter is a science-backed means of losing weight that is worth considering.