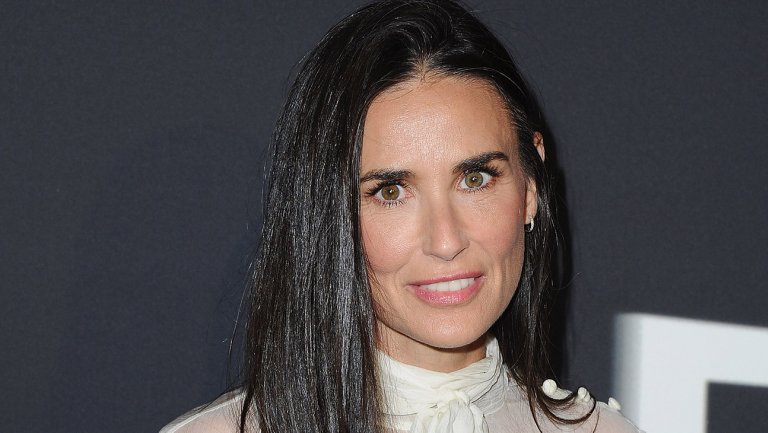 Celebrities, whether vegan stars or not, are the kind of beacon many people follow in their day-to-day lives.

While lots of celebs endorse dangerous fad diets, there are some who are on the right track with what they consume. These stars have embraced the vegan lifestyle and are often healthier and happier for it.

While we often focus on such big vegan names as Joel Fuhrman, Douglas Lisle, and Alan Goldhamer on this vegan blog, today we’re going to share the spotlight with some other stars. These 10 vegan star and celebrities are all inspirational in their own way.

(Note: The following stars are just vegans, not SOS-free vegans.)

The Hunger Games actor and on-and-off beau of Miley Cyrus may have been inspired by the fellow vegans in his life. Not only is Cyrus a vegan, but so is Hemsworth’s Hunger Games co-star Woody Harrelson.

According to Business Insider, Hemsworth made the choice to eschew all meat, dairy, and other animal products and byproducts in 2015. Hemsworth said in the article that, “the more red meat I ate…the worse I felt.” Today, he’s happy to nosh on almond butter, salads, beans, and more. A true vegan star and celebrity.

To some celebs, veganism is just a trend to follow. That couldn’t be farther from the case with techno artist Moby. He’s been adhering to a vegan diet for more than 30 years. The musician wrote a whole article on Rolling Stone about his veganism.

In said article, he explained that growing up with a household full of animals taught him they weren’t food. “The neurons in my limbic system hard-wired themselves in a way that established that animals were benign and great,” Moby wrote.

You may remember her from the hit ‘90s film Clueless, but these days actress Alicia Silverstone is more serious about veganism than fashion. The vegan star says she’s often complimented for her gorgeous, almost ageless skin. She contributes it to her healthy vegan lifestyle.

Silverstone wanted to teach others her ways, so in 2011 she published The Kind Diet. Bear Blu, her son, has also been raised vegan from birth. The actress chronicled the journey in her follow-up book, 2014’s The Kind Mama.

“I’m Yours” singer Jason Mraz is another musician who’s gone vegan and never looked back. Mraz prefers raw food, per a 2009 interview with Vegetarian Times, stating that “I eat raw probably 75 percent of the time.”

Mraz says in that same interview that when a bandmate of his was diagnosed with type 2 diabetes and started a raw diet, he was inspired to do the same. He’s also banned sugar. “Once you kick sugar, you won’t want it, because there are so many other sweet things to eat,” the vegan star explained.

Although she can’t beat Moby’s record, actress and model Pamela Anderson has been associated with vegetarianism and veganism for more than 20 years now. A huge proponent of PETA throughout her career, Anderson has used her assets to make people aware of the cruelties animals experience when they’re grown for food.

Anderson started a French vegan restaurant and is responsible for a line of vegan shoes. The plant-based celeb even got Mississippi’s mayor to try a vegan diet since the city was rated the fattest in the United States.

Crooner Fiona Apple has been around since the late 1990s, and throughout her whole career, she’s been known for her veganism. In 1997, she paired up with PETA to record a hotline message encouraging people not to eat turkeys on Thanksgiving. Her main takeaway was “there’s no proper way to kill and cook these beautiful birds.”

You may have also heard her voice a few years ago covering the Willy Wonka song “Pure Imagination.” The “Criminal” songstress performed it for Chipotle, right when the restaurant was attempting to rebrand its image. The eerie cover was part of Chipotle’s effort to show they no longer supported factory farming, thus benefitting the environment and animals. Fiona Apple is a true vegan celebrity.

Actress Natalie Portman, like Alicia Silverstone, has raised her whole family to be vegan. While you’re used to seeing her star on the big screen in films like Star Wars: Episode I — The Phantom Menace, V for Vendetta, or Black Swan, earlier this year, Portman was the one behind the camera.

Working with Jonathan Safran Foer, a producer, and author, as well as Christopher Quinn, a director, Portman, and co. produced a film called Eating Animals. It made its debut this summer at the IFC Center in New York. Like Apple’s Chipotle partnership, Eating Animals is also about showing the horrors of factory farming.

To Portman, this all comes naturally, considering she’s been a vegetarian for most of her life. She first cut meat out of her diet when she was nine, and then became a vegan within the last decade.

If you’ve ever wondered if Demi Moore has a secret ticket to the fountain of youth, she sort of does. It’s all about what she eats (raw vegetables and fruits) as well as what she doesn’t (dairy, meat, and animal products and byproducts).

According to an article in VegNews, this vegan star – Demi Moore – says “I sit today in a place of greater acceptance of my body” due to her new diet. It allowed her to go from daily high-energy workouts to more relaxed forms of physical self-expression like Pilates and yoga, all while still looking great.

Popster Ariana Grande felt inspired to give up dairy and meat after seeing the Forks Over Knives documentary, which we’ve talked about a lot on this blog. She told Today.com that it was “one of the most eye-opening films I’ve ever seen.”

Her lifelong passion for animals also contributed to her giving up the consumption of animal products and byproducts. Today, she follows a whole food, plant-based diet. “It is tricky dining out,” she admits, “…but I just stick to what I know —veggies, fruit and salad—then when I get home I’ll have something else.”

Some celebs are quiet vegans who don’t talk much about their diets. Not Ellen Page. The actress has been a huge public voice for veganism. “Why are vegans made fun of while the inhumane factory farming process regards animals and the natural world merely as commodities to be exploited for profit?” she’s famous for asking.

It’s no wonder the Juno actress received accolades from PETA then. In 2014, they called her the “sexiest vegan/vegetarian.”

If you’re on the fence about veganism, hopefully, these 10 vegan celebrities will inspire you to give it a try! A vegan diet isn’t a fad, after all, but instead, a healthy, fulfilling, nutritional way of eating that could transform your life for the better.